Henry Fowler and the Abbey complex 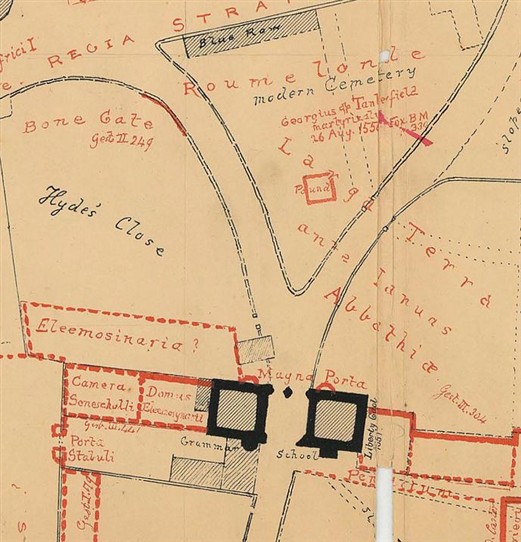 The Abbey in the time of Thomas de la Mare

In the second half of the 19th century, Revd Henry Fowler was second master at St Albans Abbey School and a member of our Society.  He wanted to discover the layout of the monastic complex at St Albans at the time of its greatest abbot Thomas de la Mare (1349-1396). This was difficult because by the 1860s only the Abbey church and one gateway remained.

Fowler’s methods were well ahead of his time. By carefully measuring, excavating and recording his findings, and gleaning what he could from studying the Abbey chronicles, he pieced together what is still considered to be a largely accurate depiction of the complex. In February 1876 he read his paper to the Society, outlining his findings.

The fruits of his research

Fowler produced a beautiful plan to show the possible layout of the monastery to accompany his research. It is a fascinatingly detailed description of the wall, gateways, buildings, cemeteries and the adjoining properties. Several copies and fragments of this plan remain in the Abbey archives, but none are signed by him and it is known that other Society members made copies. You can see Fowler’s original plan of the Abbey complex on our website.