The Society and the St Albans Pageants 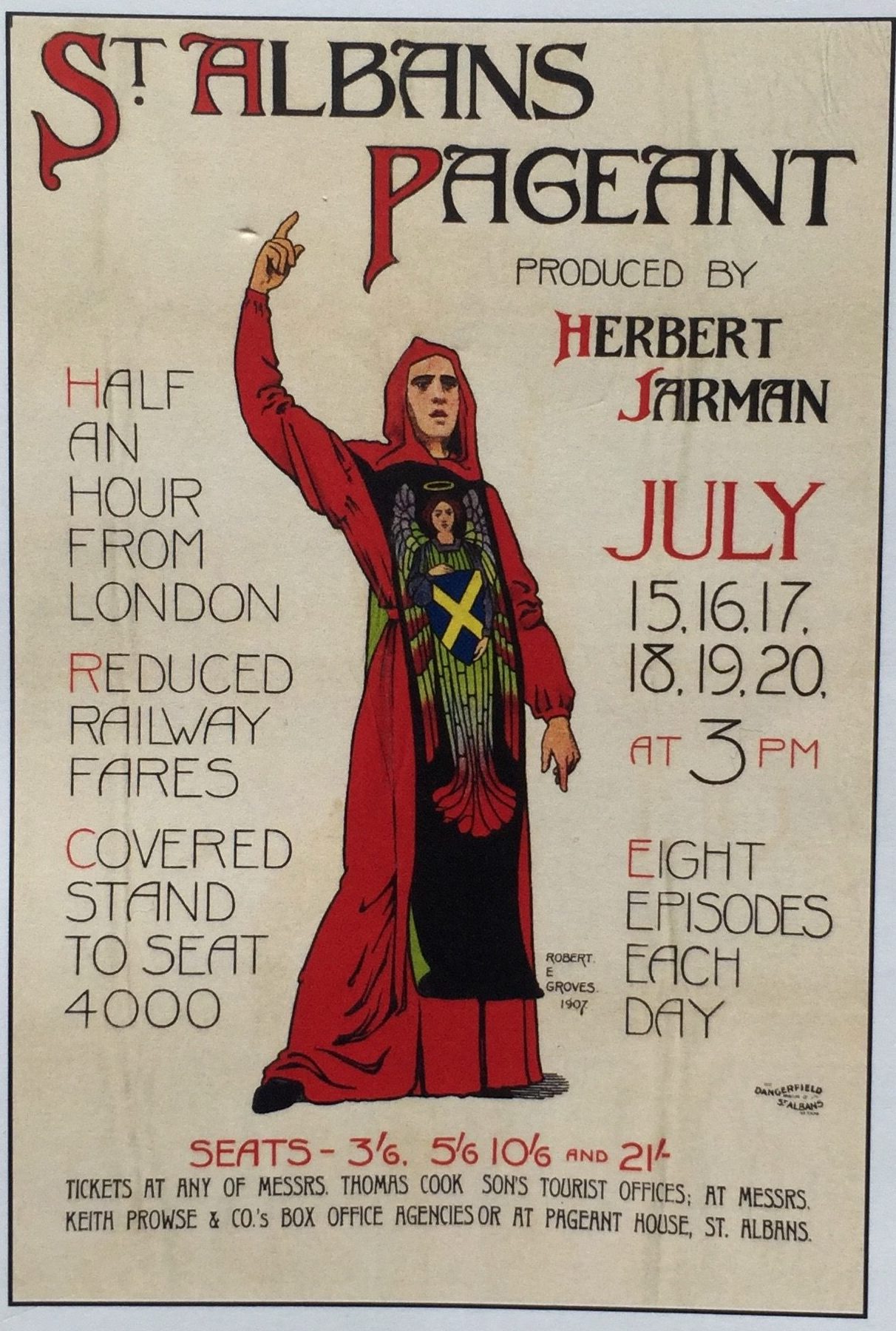 At the beginning of the 20th century several towns and cities with long and distinguished histories such as St Albans, Bury St Edmunds, Colchester and elsewhere produced pageants emphasising the continuing honour and fulfilment of civic life which also stimulated a historical and preservationist consciousness.

The first one at St Albans was in 1907 and was especially grand. Six days of festivities in which eight episodes were recreated each day involved 3,000 performers with covered seats for 4,000 spectators. Pageants were held again in 1909, 1948 and 1953. 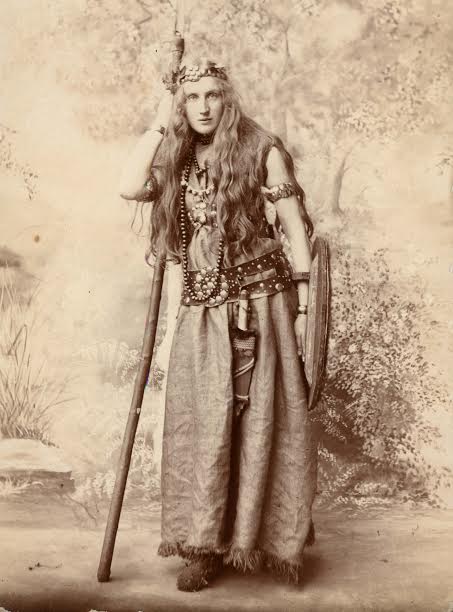 Key role for our Society

The members of our Society played key roles in the pageants both from a performing and an organisational point of view. In the 1907 Pageant, Charles Ashdown, a science master at St Albans School and Secretary of our Society wrote the script for the whole pageant.  So many costumes were needed that his wife, also a Society member, was ‘Chief Mistress of the Robes’.