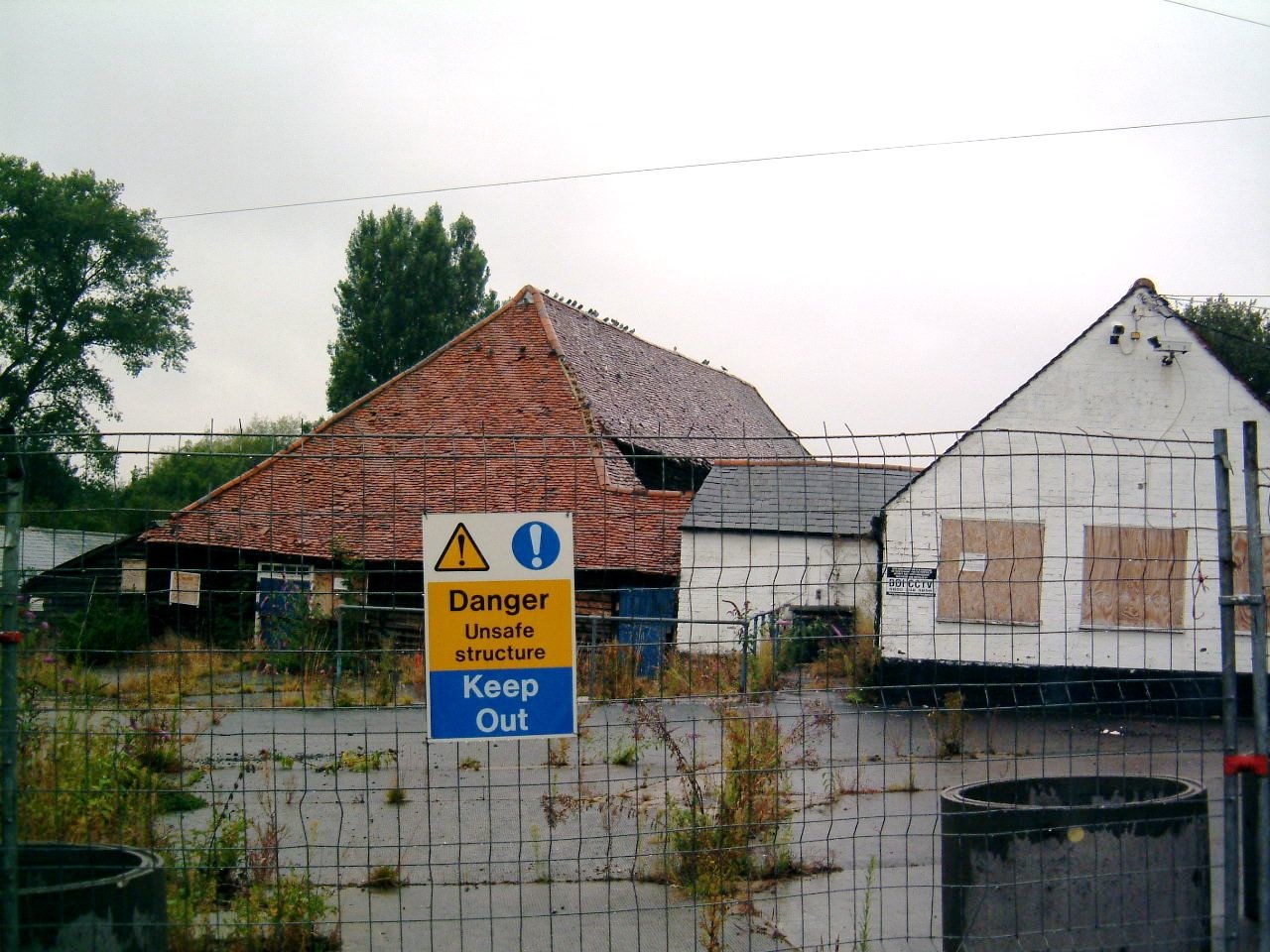 Kingsbury Barn is one of a group built by St Albans Abbey to similar construction patterns between 1370 and 1395. Until it became increasingly derelict in the late 20th century, it was used latterly as a garage for milk delivery vehicles.

Most people would be deterred from attempting to rescue a Listed building in a dangerous state of repair particularly if they had to buy the building and had no intention of living in it! By 2009 this is what members of our Society Adam and Jill Singer who own Kingsbury Manor had done. This is the story in their words:

“Kingsbury Barn dates from 1374, one of several barns built to the same pattern in a short period following the Black Death. A planning application to make it into offices was refused several times, thanks to Roger Sansom of The Society of St Michael’s and Kingsbury who recognised the significance of the Grade II* building and mobilised the local community to save it. It is one of a group of St Albans Abbey barns of national importance.

Conservation took six months after we got the licence to temporarily exclude the bats. Traditional materials and skills were used, rose head nails, hand-made tiles, timber pegs. Timbers were supported where necessary but not replaced and finally brushed with a soft brush. It sounds easy, but involved a lot of new language, not least stop splayed scarf joint with under-squinted abutments – which we now know we have!

Architectural drawings were made before restoration and Roger Miles of the St Albans and Hertfordshire Architectural and Archaeological Society recorded all the metal strapping that had been added over the centuries, so the barn is well documented.

Over 600 years old, the barn is now used for community and charity events and exhibitions and is part of St Albans heritage and an asset for its community.”