The Society’s financial support for preserving buildings in St Albans

Preserving the past so it remains for the enjoyment and education of future generations is costly. Despite never being a very affluent Society, our history shows that we have always been prepared to donate money to help conserve important local buildings and memorials. The Society and its members helped secure the preservation of each of the buildings and memorials below. 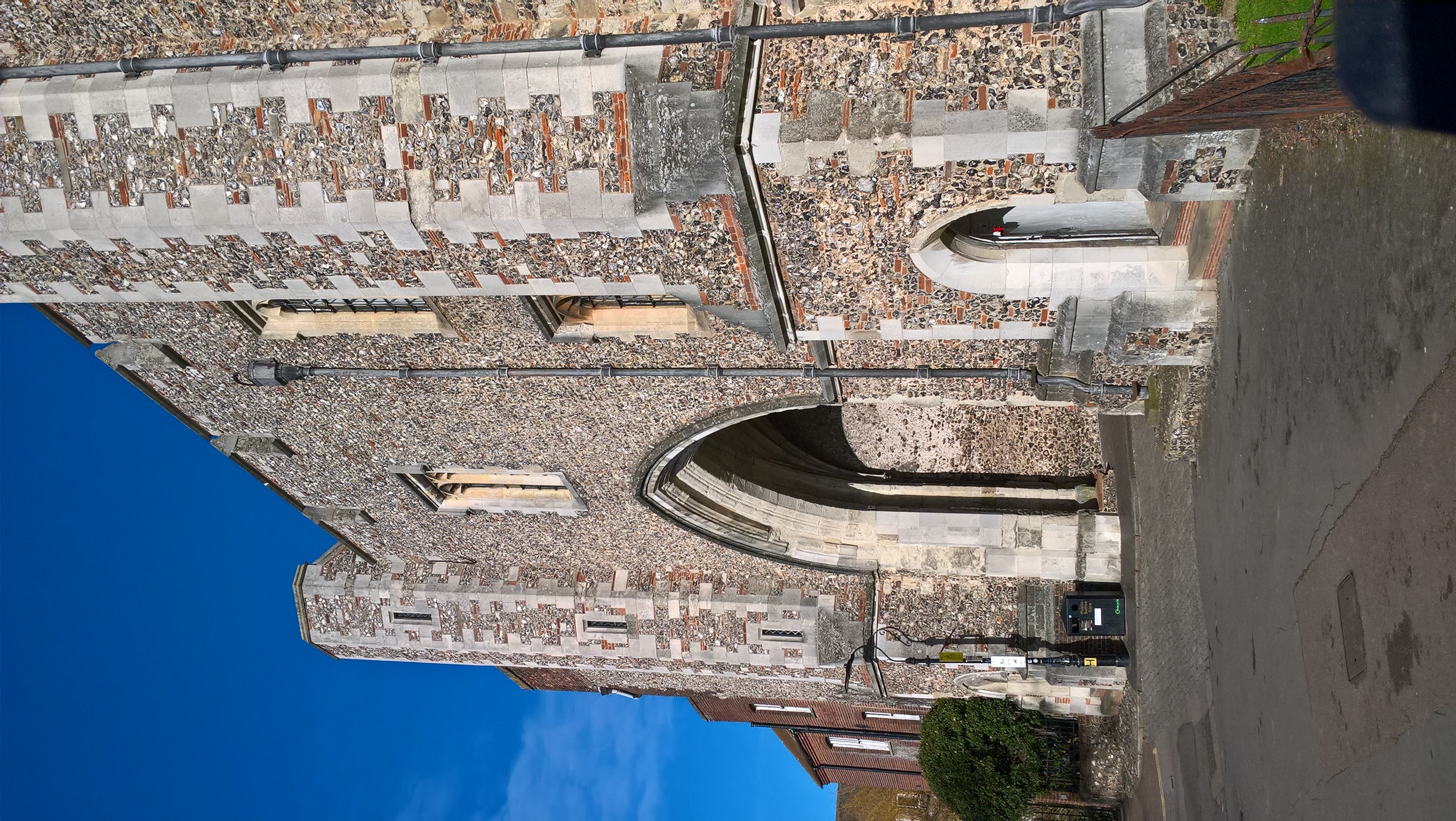 In 1903, the Society granted money towards the cost of repairing the Abbey gateway. Although the Abbey had many gateways, this one was used by important dignitaries, including monarchs, when they visited the Abbey. It also witnessed violence during ‘The Peasants’ Revolt’ of 1381 and the mutiny of the Local Militia in 1810. 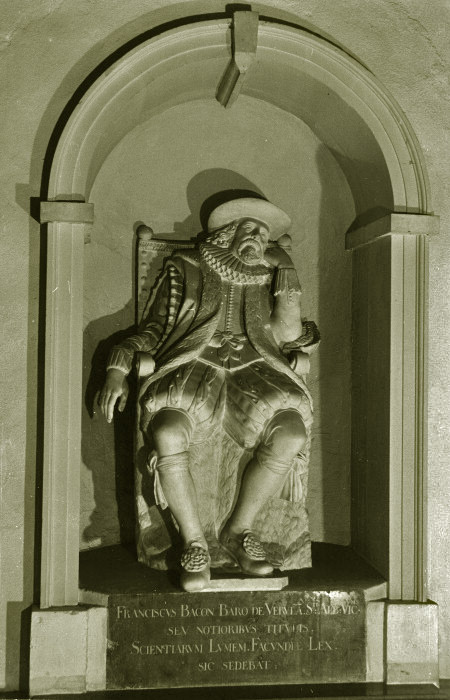 Sir Francis Bacon (1561-1626) was a philosopher and stateman who served James I as Attorney General and Lord Chancellor. He was created the 1st Viscount St Alban, but the title died with him, and he was buried in St Michael’s church, St Albans, where he is commemorated by a striking memorial. In 1923, the Society granted money to help restore the monument to Sir Francis.

A few years later, in 1935, the Society provided further funds towards the cost of repairing St Michael’s Church. 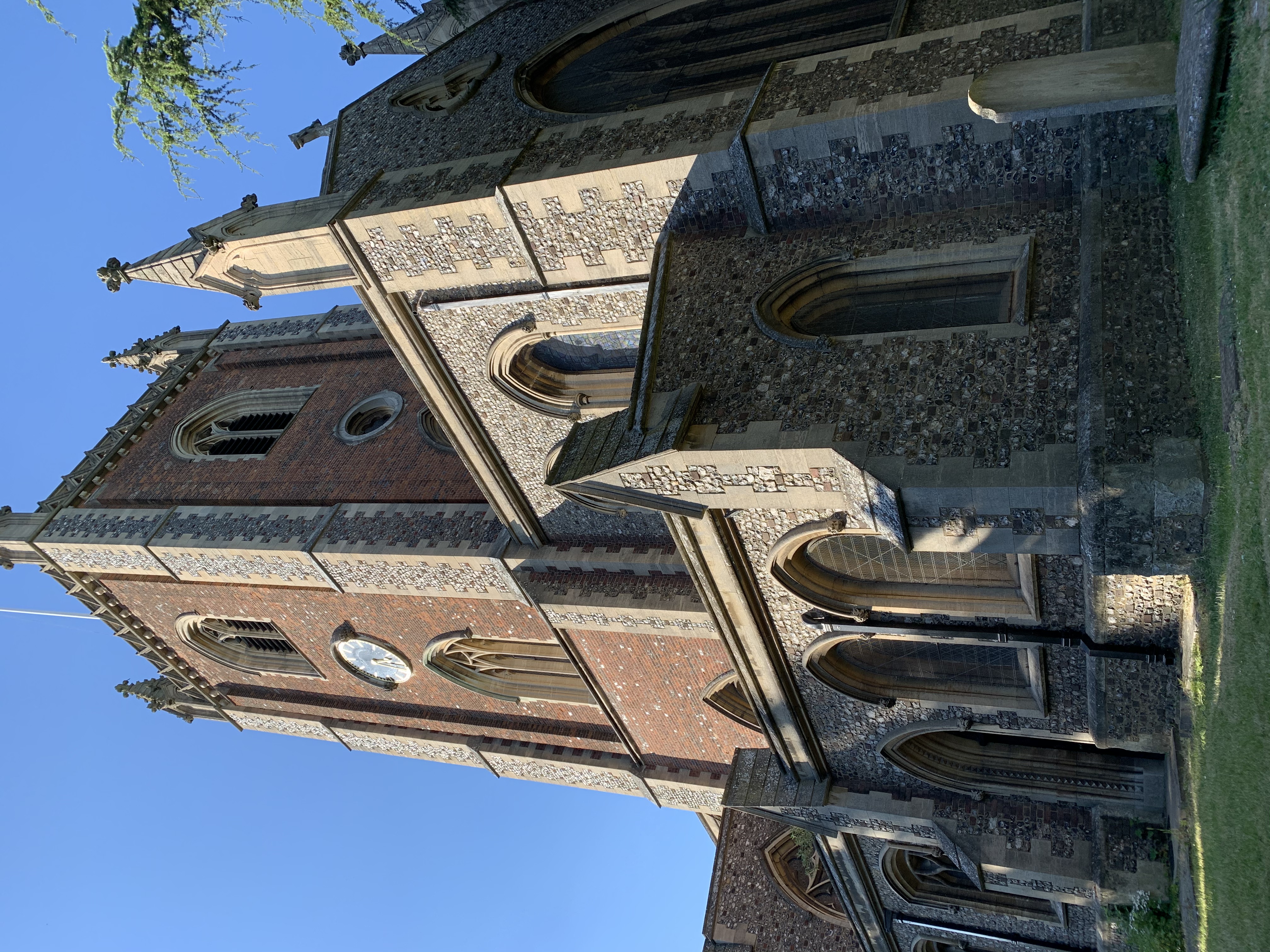 In 1932, the Society granted money to restore the Pemberton brasses. The brass plate has been engraved on both sides (a palimpsest). You can see the two sides – obverse and reverse – below. The older inscription is to John Ball, a brickmaker who died in 1515 (at the bottom of the picture); the newer is a memorial to Roger Pemberton, a high sheriff of Hertfordshire who died in 1627. 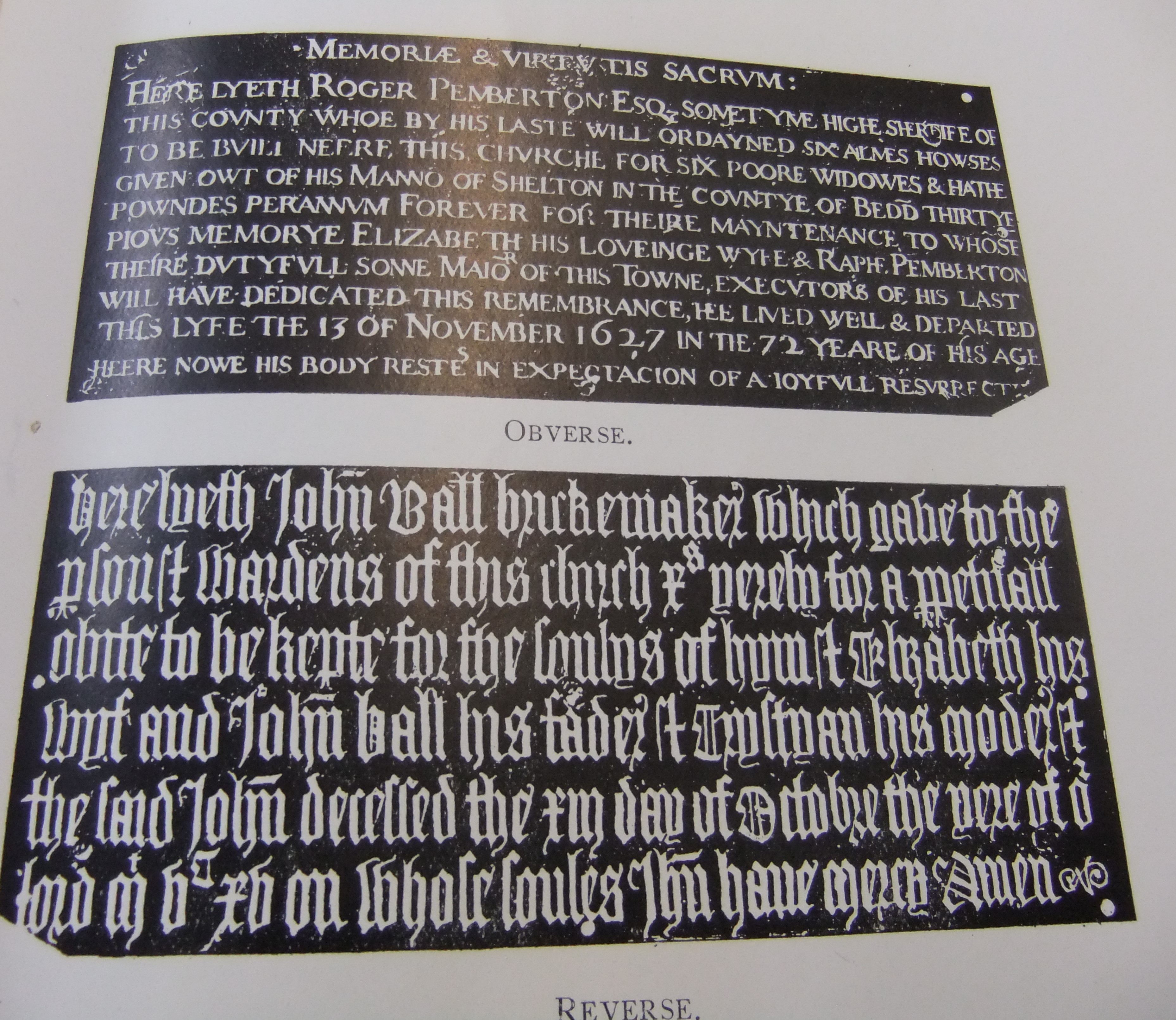 In 1936, the Society contributed towards restoration of the tomb of Nathaniel Cotton (now much weathered) in St Peter’s churchyard. Nathaniel pioneered an enlightened approach to treating mental illness. 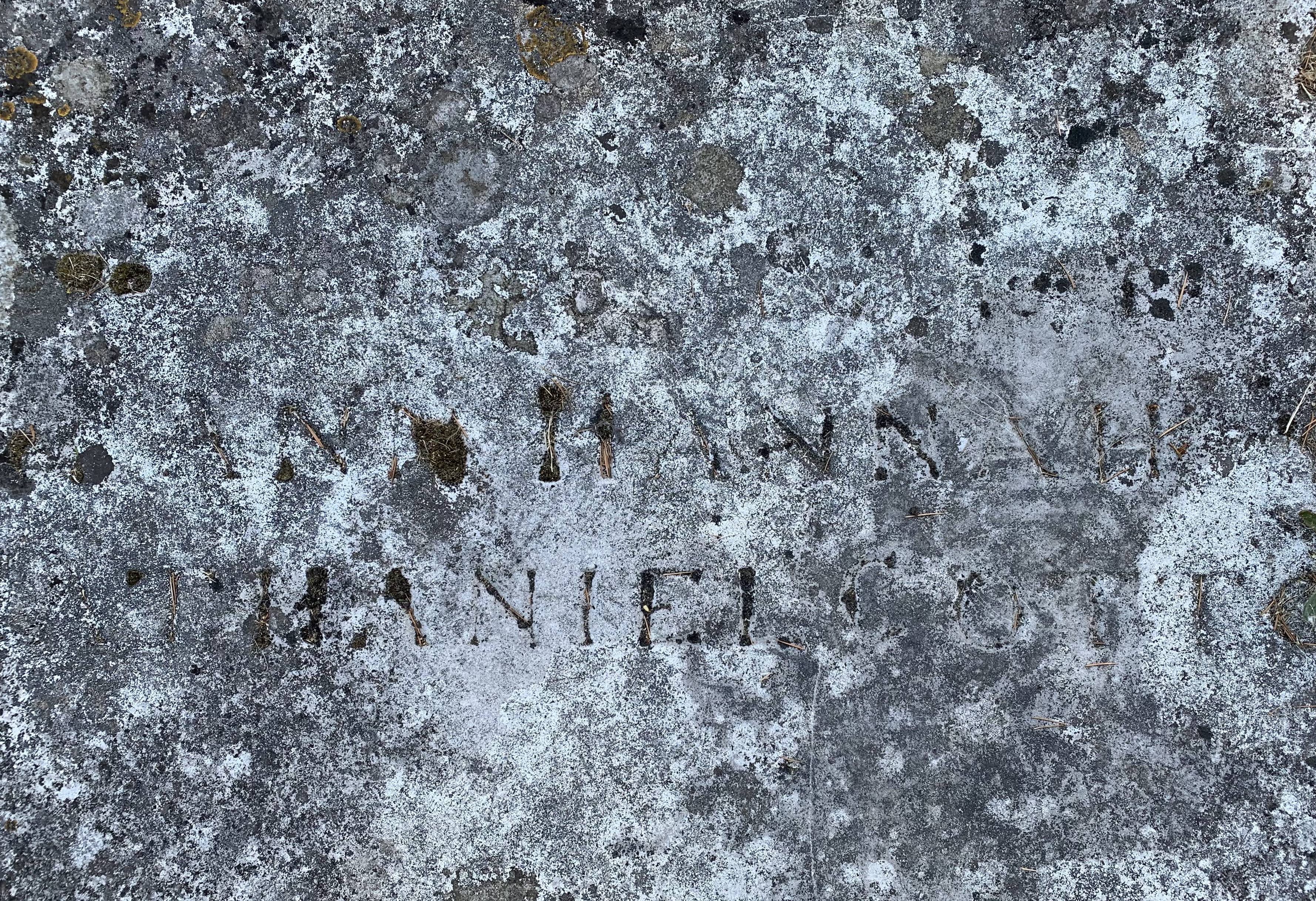 Although much altered since it was first built, St Stephen’s church still retains evidence of its Saxon origins.  In 1934, the Society granted money to help preserve Anglo-Saxon masonry and a window in the north wall of St Stephen’s Church. 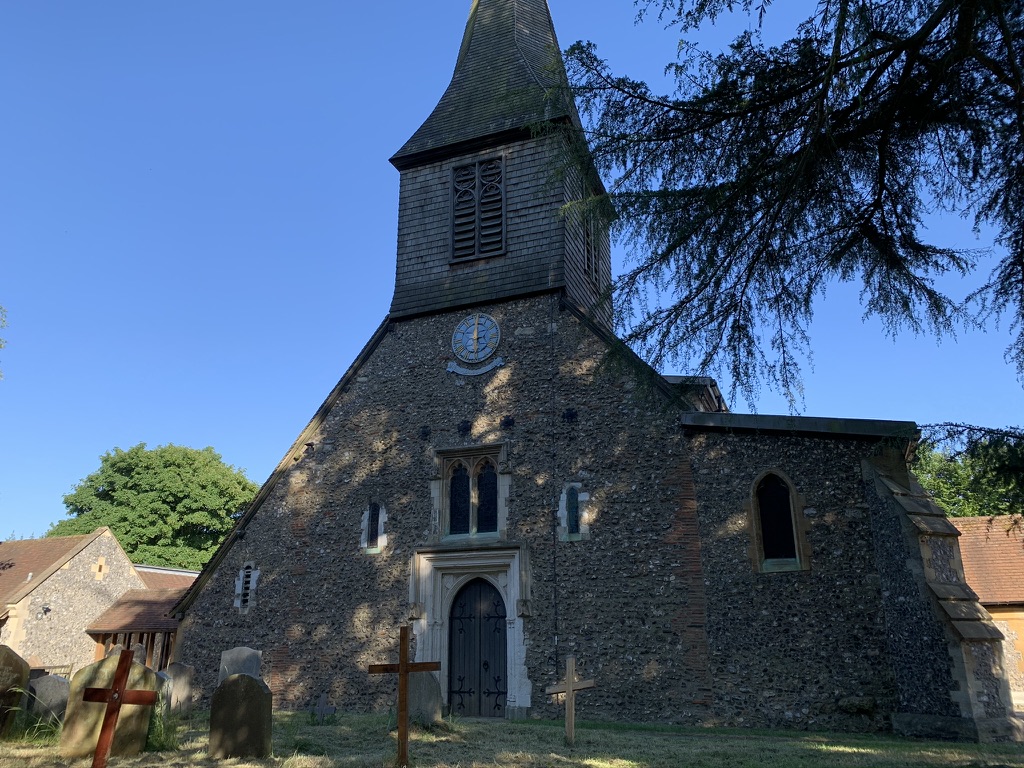 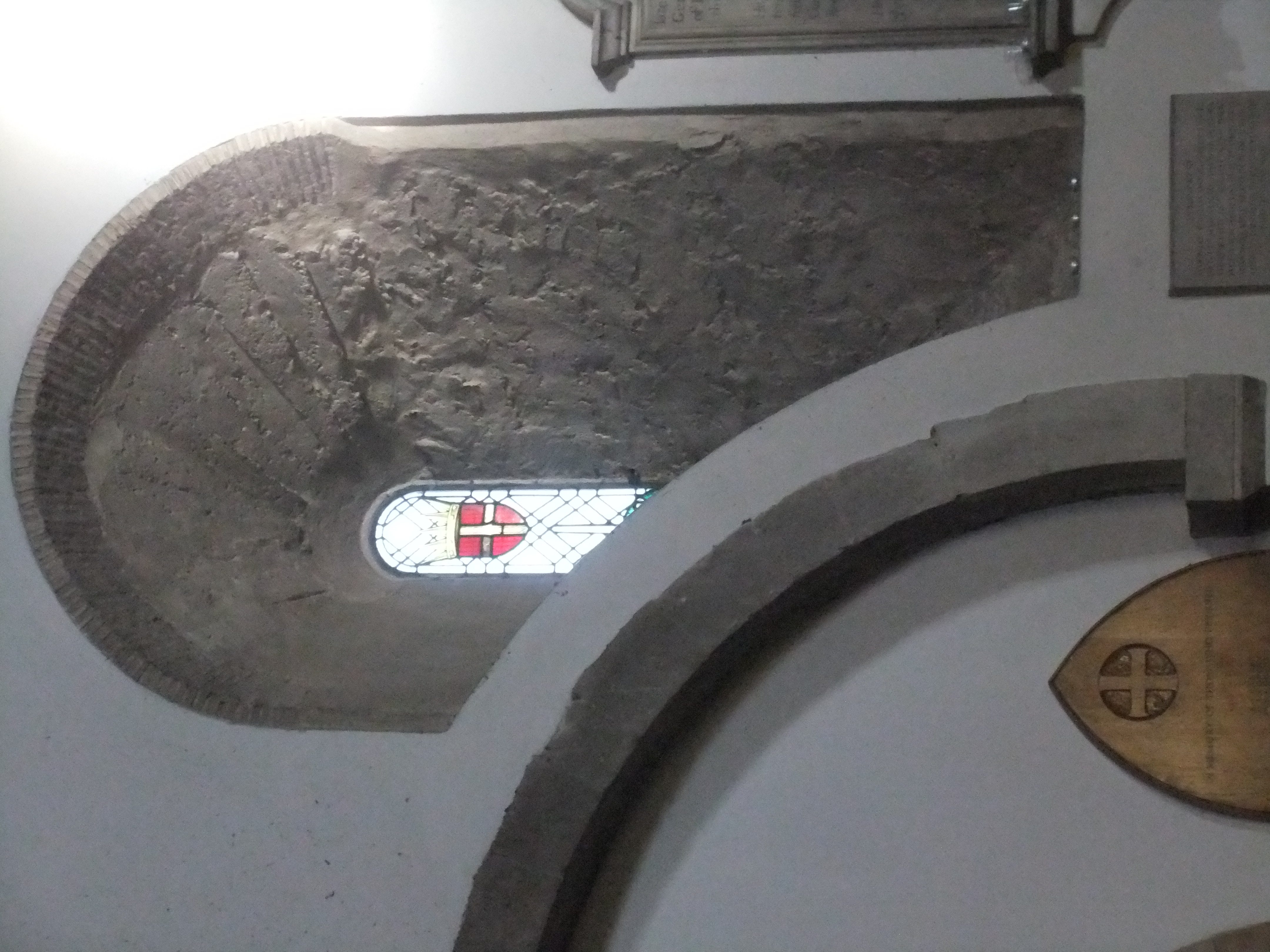 The neoclassical Town Hall was built in the early 1830s to house the Corporation and the Court House, adjacent to St Alban’s historic market place. It also included Assembly Rooms for public hire. The buildings witnessed many historic events, including the hearings held by the Bribery Commission into electoral fraud in 1851, and the sittings of the tribunals that decided on appeals from unwilling conscripts during the First World War. 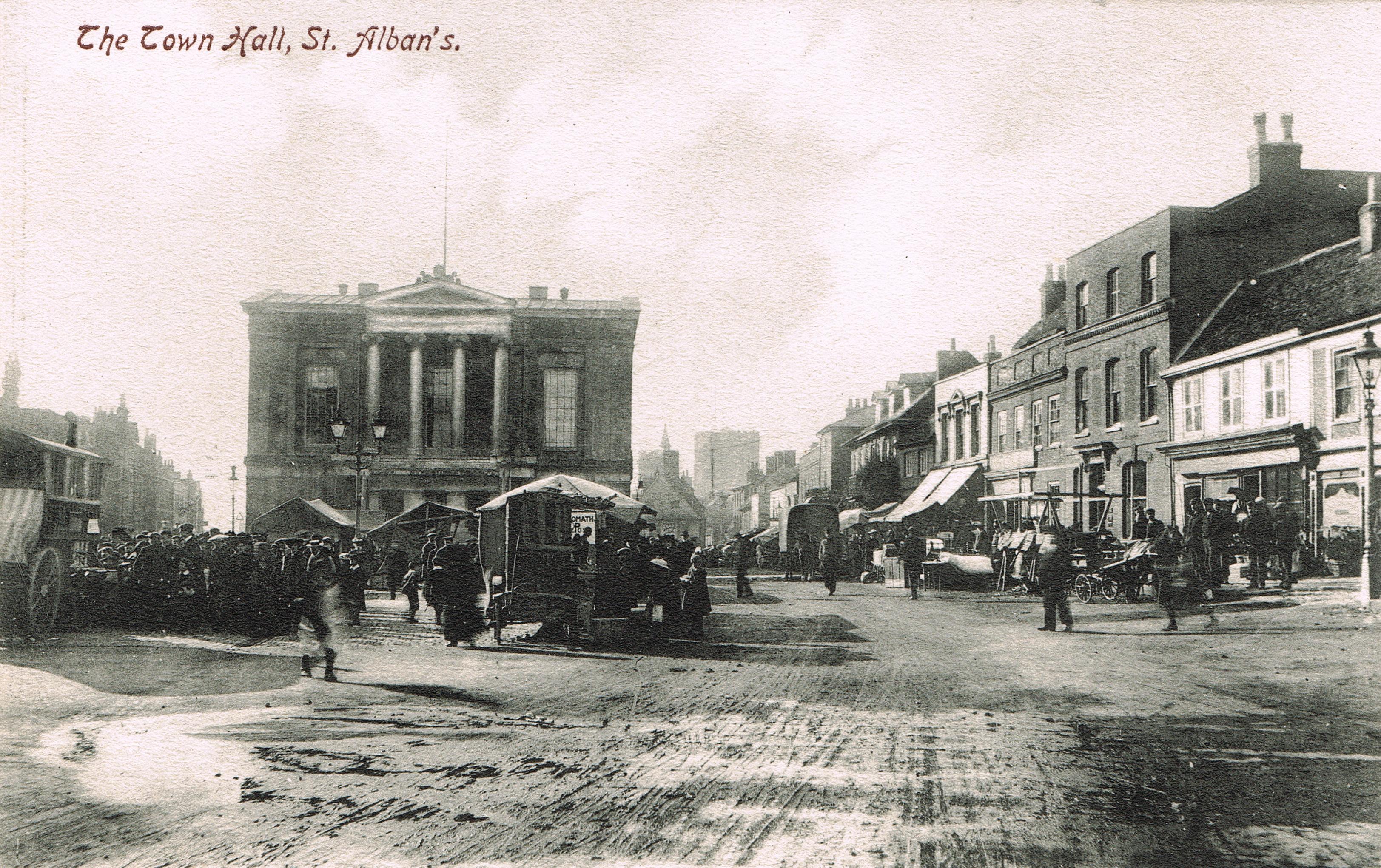 In 2018, work was completed on an imaginative and sympathetic conversion of the old Town Hall into the multipurpose St Albans Museum + Gallery. The Society worked with the City & District Council and other partners to help fund the project.