Results of the 2020 Clock Tower Competition

Earlier this year, we invited children in various age groups to let their imagination run wild and design a way for visitors to the the Clock Tower to get down from the top, having ascended by the stairs. In the spirit of social distancing, we asked for ways of descending without using the stairs, so as to avoid running into those coming up.

Having asked the children of St Albans how to get down from the roof of the ClockTower without using the stairs, in came all sorts of entries – fantastical and practical, high tech and low tech, and funny and sensible but all engaging and enchanting. Due to lock down the judges never met up but had to do their voting by score sheets and email, but they still managed to decide on the following winners.

And the winners are … 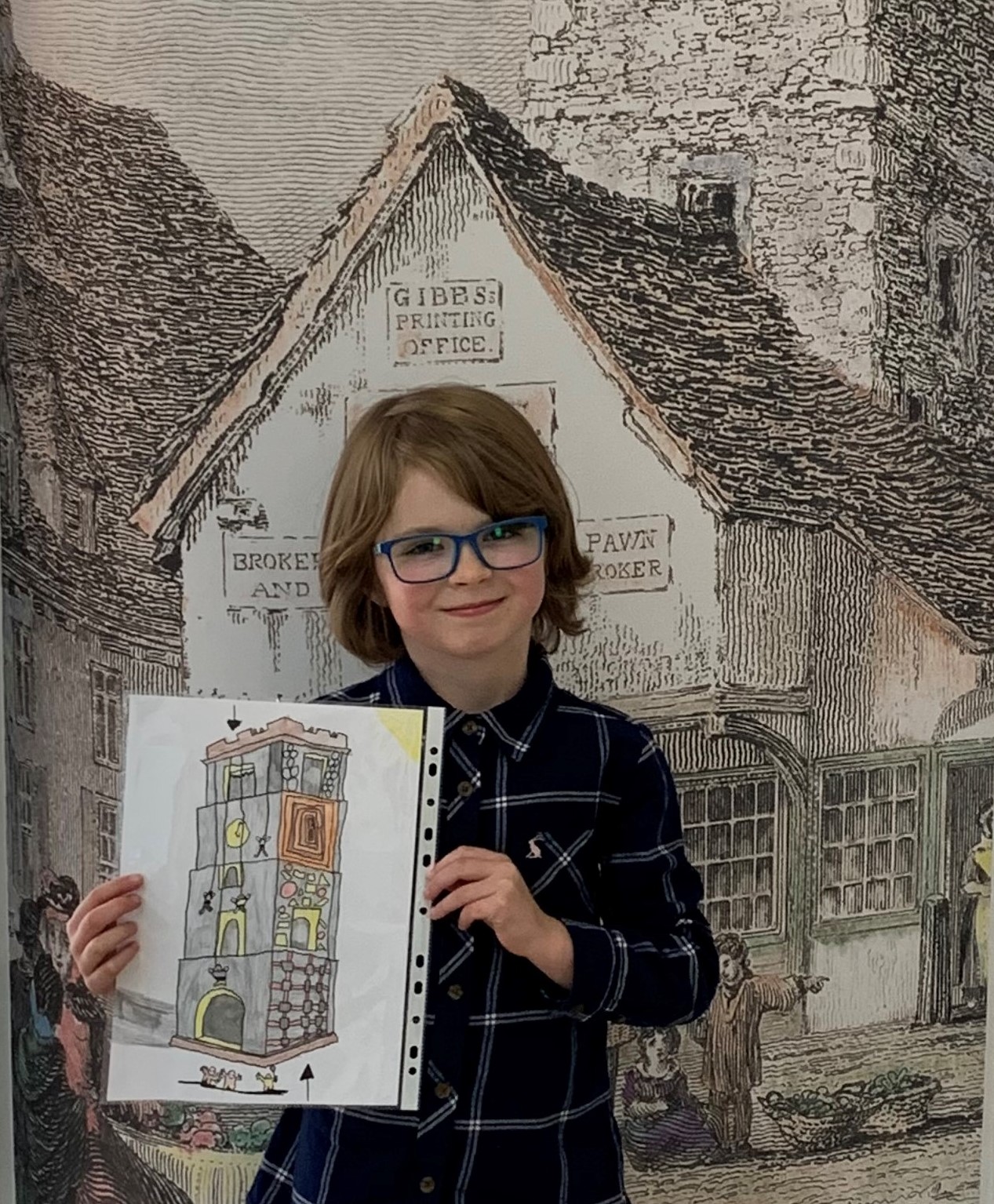 Hazel Bigmore, aged 7, won the 7 years and under category with her climbing wall and abseiling design which she described as: “Visitors can use the climbing wall to get up to the top of the tower – there is netting, climbing shapes and tyres to climb on. Then they can abseil down another side!” 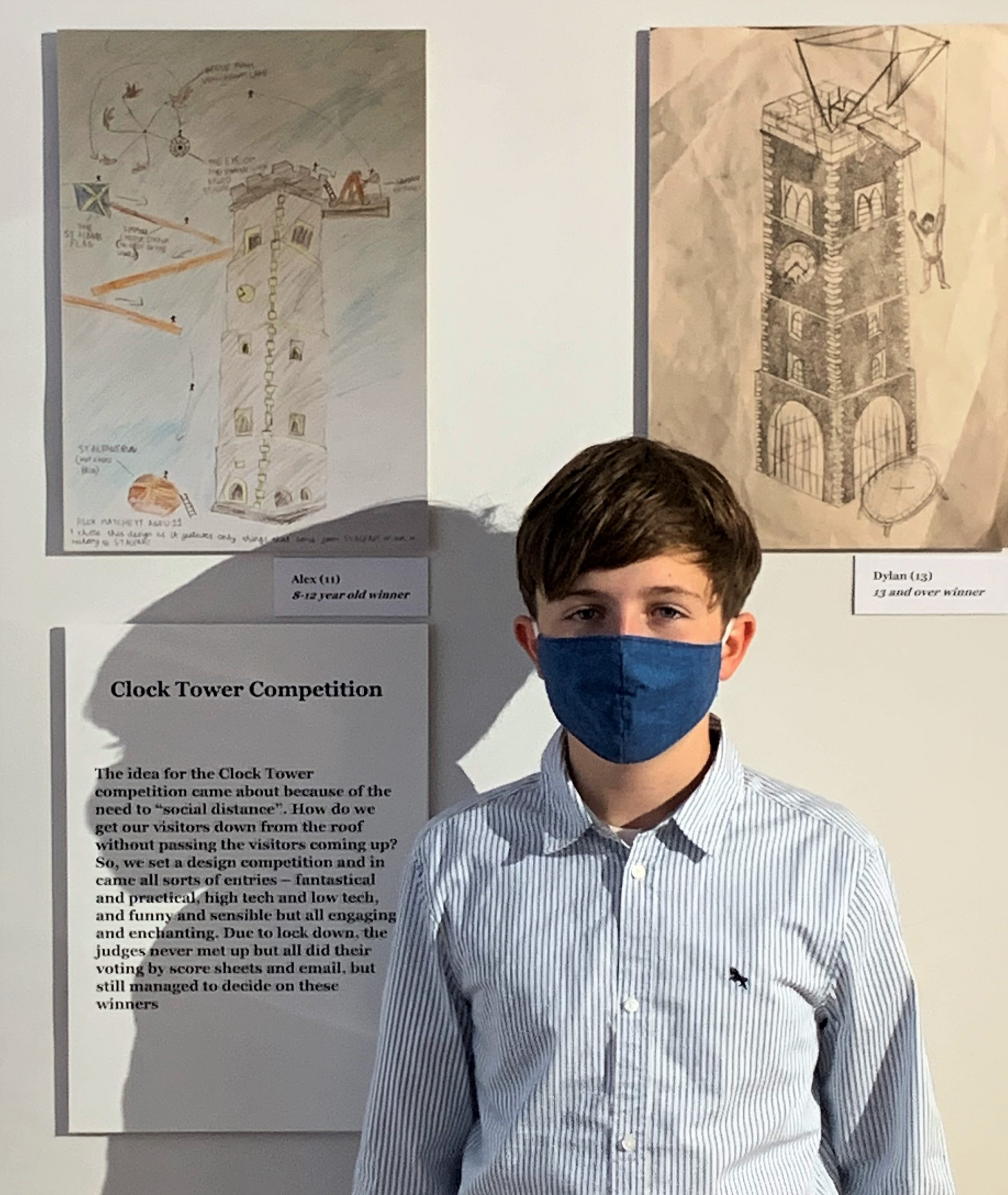 Alex Matchett, aged 11, won the 8-12 years category with his “All things St Albans” design which he explained as being “… based on the history of St Albans. From the top of the Clock Tower, visitors are whizzed from a Roman catapult into a capsule made from the googly eyes of St Alban’s executioner. Geese from Verulam Lake spin the eyes, to take visitors down to the cheese straw ladder (from Simmons in French Row, the best cheese straws in St Albans). The visitor makes their final jump, for a soft landing on a delicious St Alban’s bun!” 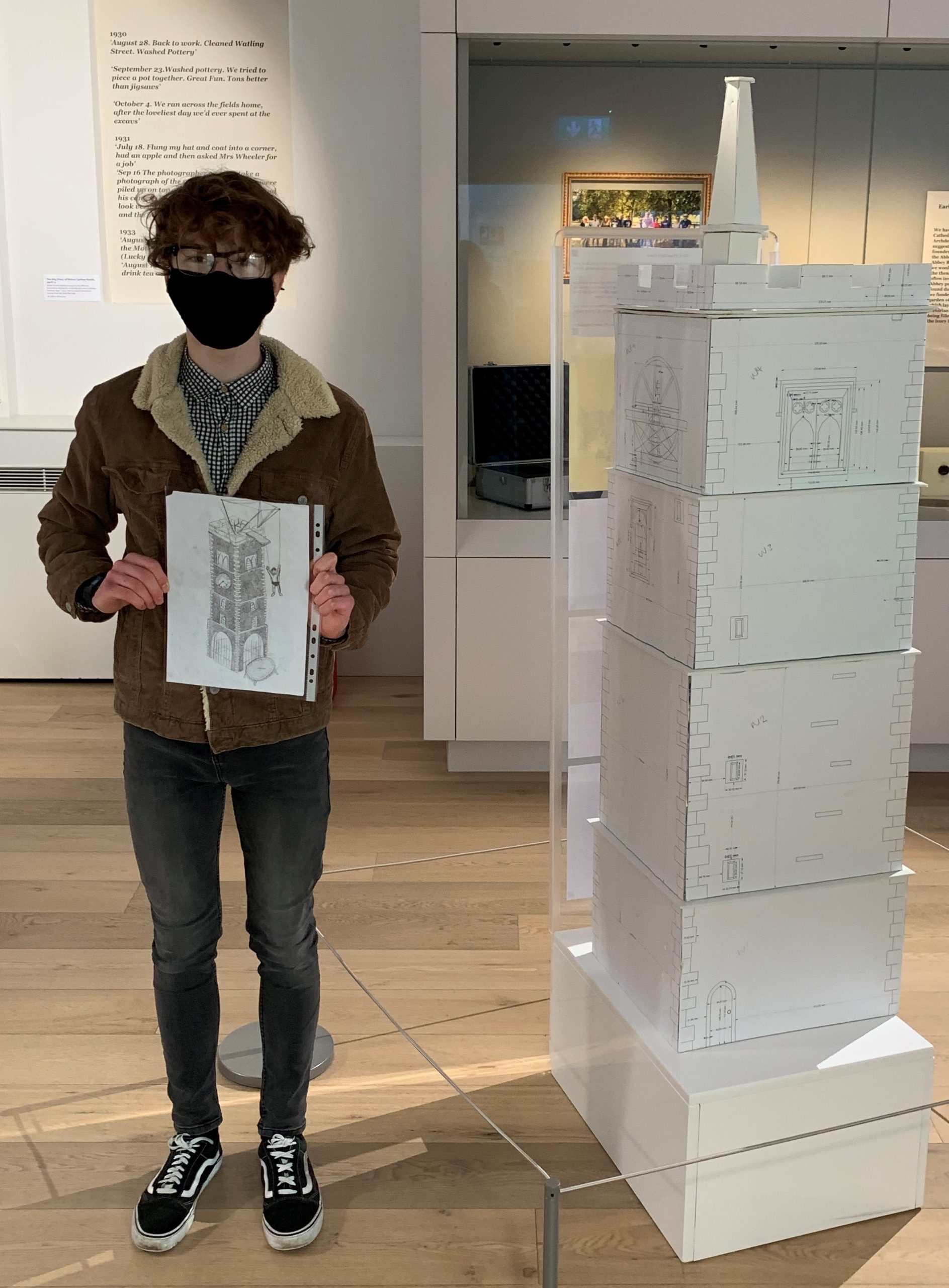 Dylan Jackson- Gibbs, aged 13, won the 13 years and over category with his “Bungee Jump” design, saying, “I thought it would be fun for people to bungee jump off the top of the tower onto a trampoline!”

All three winners collected their prizes on Saturday, 10th October, the opening day of the 175th Anniversary Exhibition at the Museum + Gallery and could see for the first time, their entries displayed on the walls as
part of the exhibition. 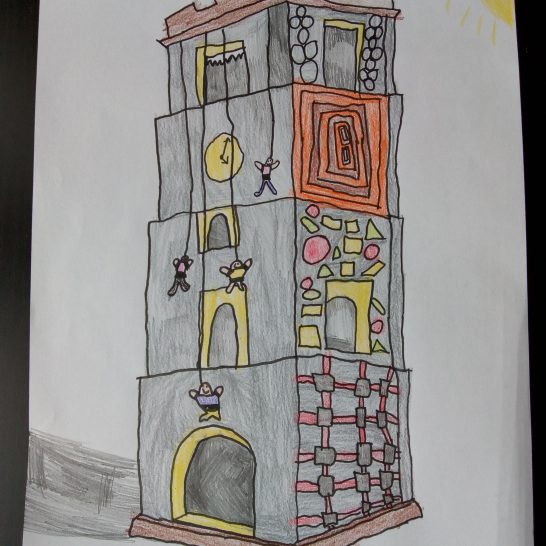 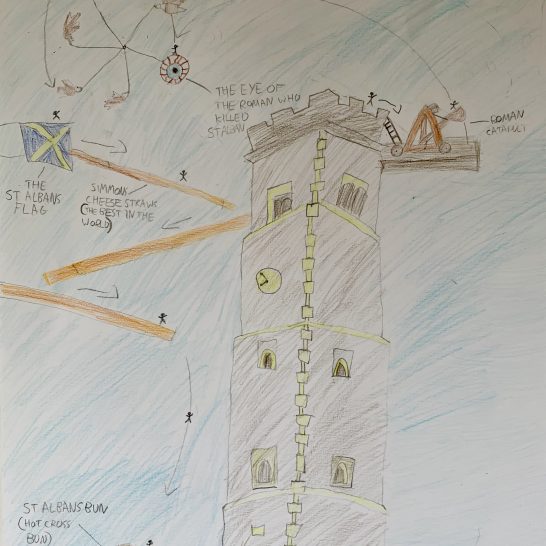 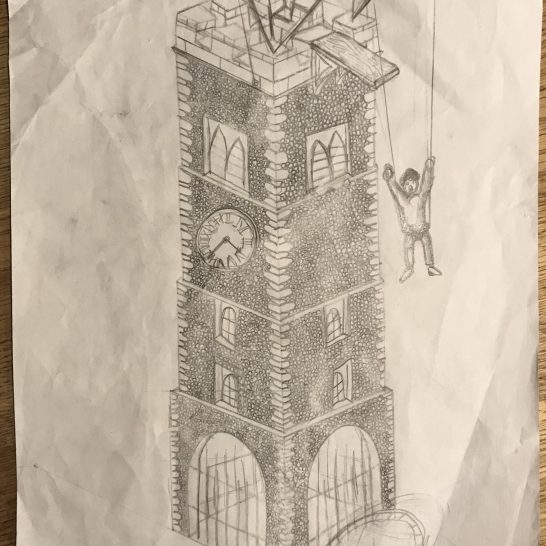