The Wheelers and our Society

In 1929, the City Council invited the Society to undertake excavations in that part of the Roman city that had been acquired from the Earl of Verulam for the creation of a public park. Our Secretary, Charles Jones, consulted the Society of Antiquaries which joined the City Council and our Society to plan a comprehensive investigation of Verulamium.

The Director of the London Museum, Dr Mortimer Wheeler, was approached to lead the excavations and a meeting took place over lunch in what is now St Albans Museum + Gallery. From 1930-33 Mortimer and his wife Tessa, along with a band of labourers, students and Society members, excavated the site uncovering some of the finest mosaics ever discovered in Britain along with other artefacts.

The Society produced records of its activities intermittently when funds allowed. Here we see the President’s report recording the appointment of Dr and Mrs Mortimer Wheeler as Honorary Members of our Society, as well as our offer of assistance to the City Council for the excavations, and its acceptance. 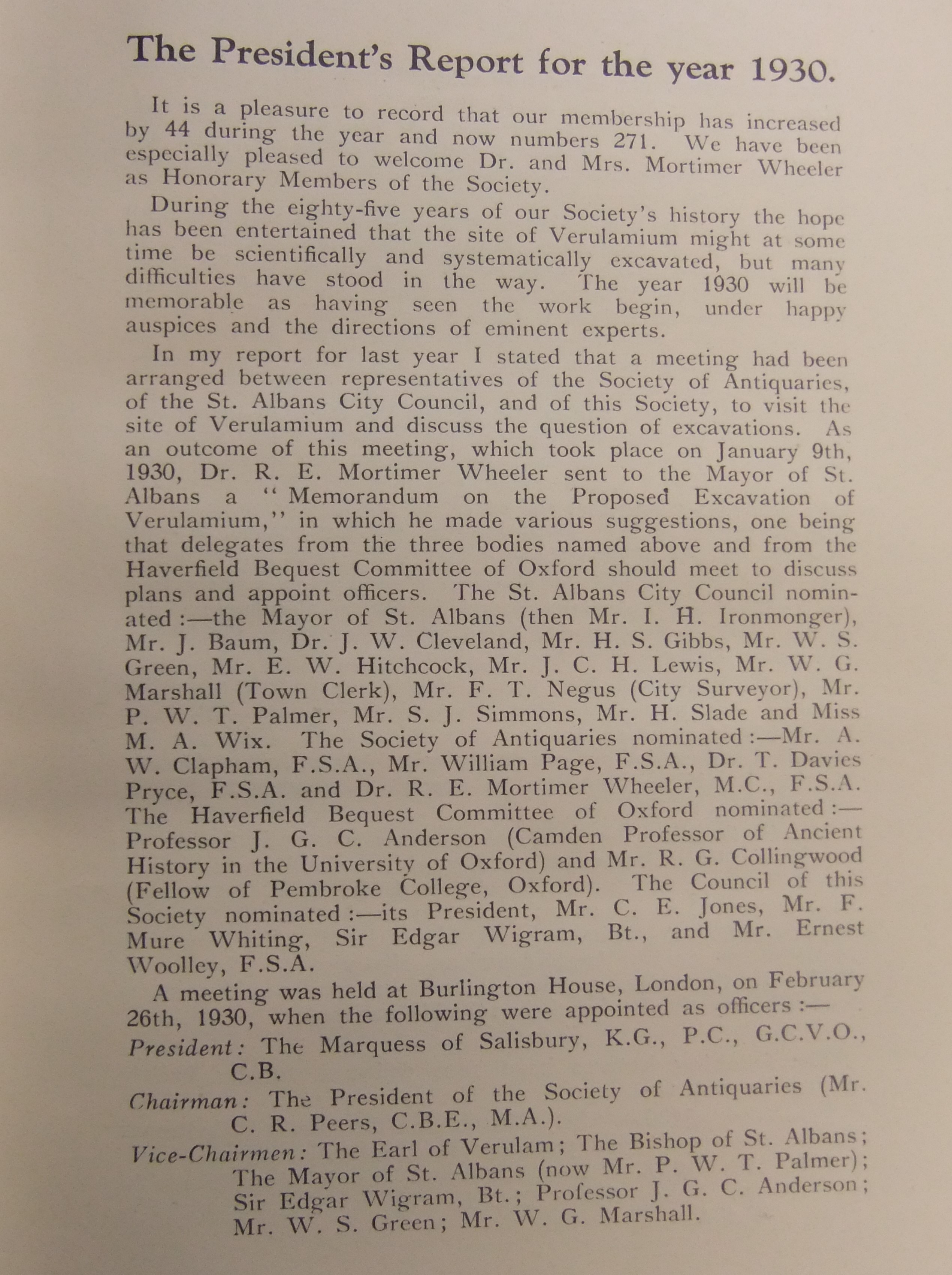 The Society was an integral part of the Verulamium Excavation Committee. Five of the seven Committee members shown on this letterhead were Society members, including Charles Jones. In this letter to Lord Verulam’s land agent from Tessa Wheeler, she talks about future plans for excavations at the Roman theatre. 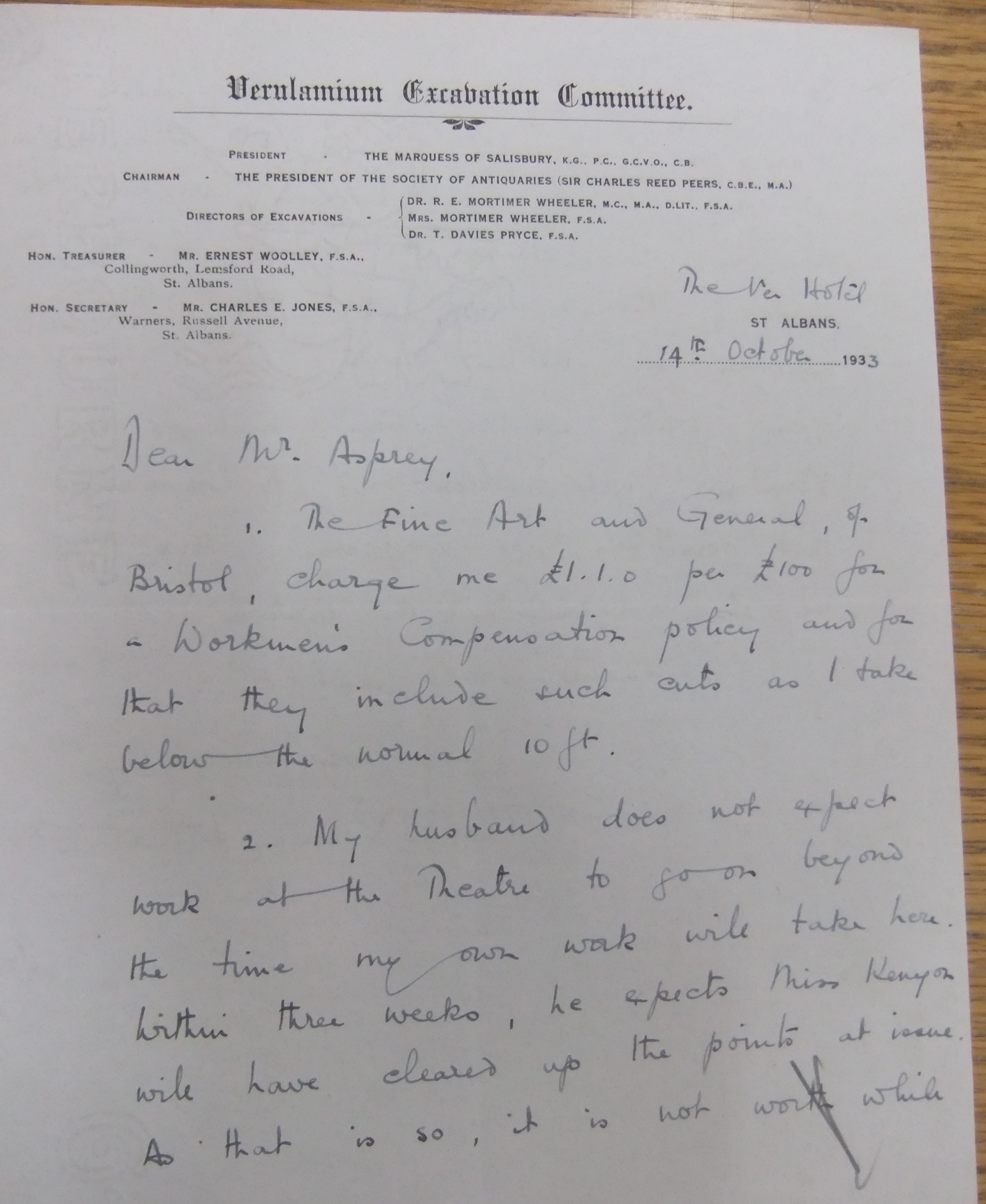 The partnership between Mortimer and Tessa Wheeler

Although the Wheelers worked closely as a team, Mortimer tended to concentrate on the strategy, liaison and public relations as well as the Iron Age sites. Tessa Wheeler was effectively the Site Director for the excavations at the main Verulamium site; Mortimer led further work on the Roman Theatre and at nearby Iron Age sites. Tessa was also responsible for training the students and members of our Society who volunteered to help and learn. 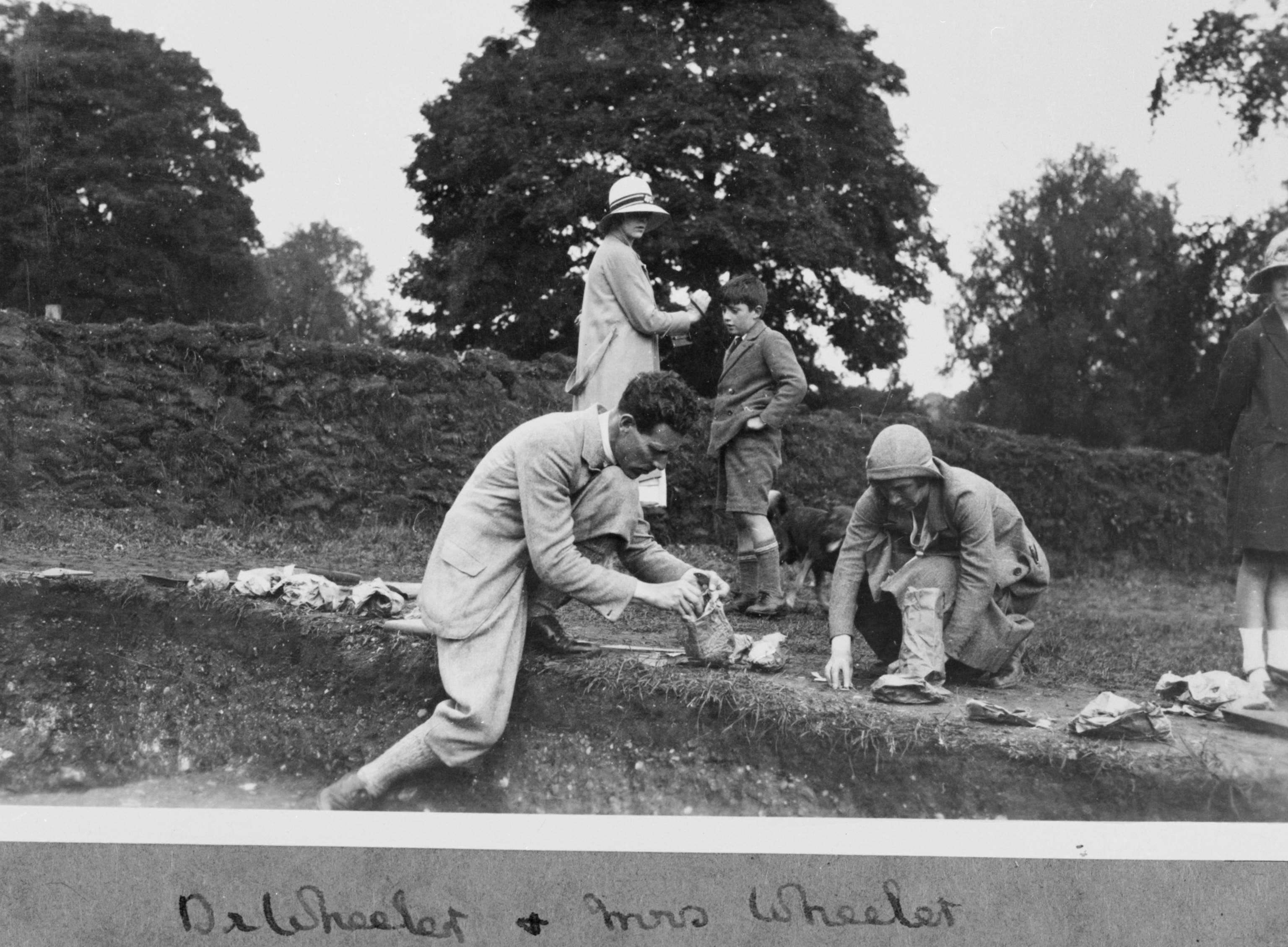 Mortimer Wheeler was very interested in establishing what happened before Roman rule was established, and led the digs at the Beech Bottom, St Albans and Devil’s Dyke, Wheathampstead sites. This was one of the first archaeological excavations to cover a large site in England and over 25 per cent of the cost was met by Society members.

Knighted in 1956, Sir Mortimer Wheeler became the foremost British archaeologist of the 20th century and the first popular TV archaeologist. He continued his links with our Society in the 1940s.