When was the Clock Tower built?

Any entry for the Clock Tower found in a directory or guide up until only a few years ago would have stated that it was built sometime between 1403 and 1412. But, since 2009 when sample tree-ring dating of the building’s timbers was carried out, we can be more precise. The basis of dendrochronological dating is that trees of the same species, growing at the same time, in similar habitats, produce similar ring-width patterns.

In the case of the Clock Tower, four samples were taken from timber joists in the Dial Room on the third floor which showed that one tree was felled in the winter of 1401-2, and the others in the period1401-4, suggesting that the tower was erected quickly and probably by 1405.

The oldest dated example of graffiti visible in the Clock Tower is carved on the left-hand side reveal of the High Street-facing window, in the Clock Room, and reads ‘1709 ZM’. It was probably carved by Zachariah Mountford, who was 21 years old in 1709, and later went on to become the tenant from 1724-27, taking over the lease from other Mountfords, who were probably his relatives.

Near the ‘1709 ZM’ graffiti the letters ‘VV’ can also be seen. Strange symbols carved into stone or woodwork near entrances like doorways, windows and fireplaces, known as ‘apotropaic marks’ have been found in medieval houses, churches and other buildings, most commonly from around 1550 to 1750. They’re thought to have been used as a protection symbol, keeping people inside the house safe by warding off witches and evil spirits. They often take the form of letters such as, ‘M’ for Mary or ‘VV’ for Virgin of Virgins, scratched into medieval walls to evoke the protective power of the Virgin Mary. 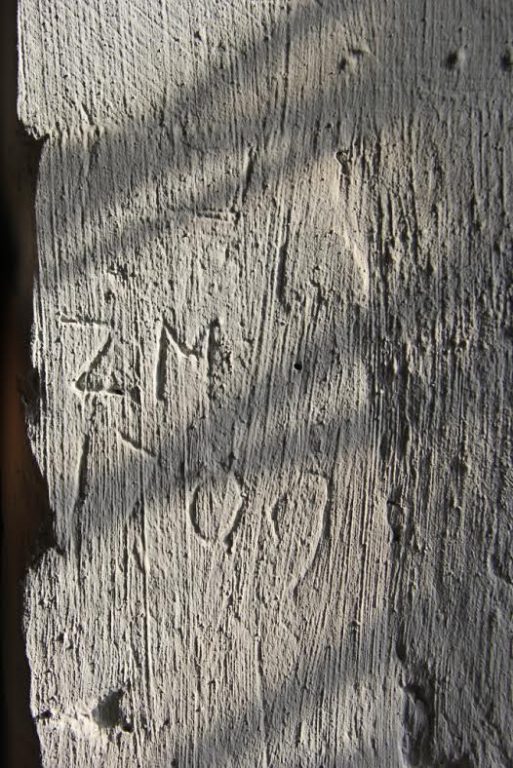 The Market Bell is so named because it previously hung in the old Market House in Market Place until the building was demolished in 1855. It was then transferred to the new Corn Exchange in 1857 but, by 1869, it ‘now lies useless at the Borough Police Station’ (Herts Advertiser, 10 April 1869). The following year it found its final resting place in the Clock Tower next to medieval great bell ‘Gabriel’. It wasn’t until 1980 when a new rope was attached and the supports were repaired that it was actually capable of being rung (Herts Ad, 3 June 1980). The rope system extends down into the entrance room where it now rung by the first and last child who enter the Clock Tower every open day during the summer season.

The Market Bell was cast by Richard Phelps of Whitechapel in 1729, who in the same year produced the eight larger bells of the peal in St Peter’s Church. It has the name of the incumbent Mayor, Thomas Robins, and the year inscribed around the outside. 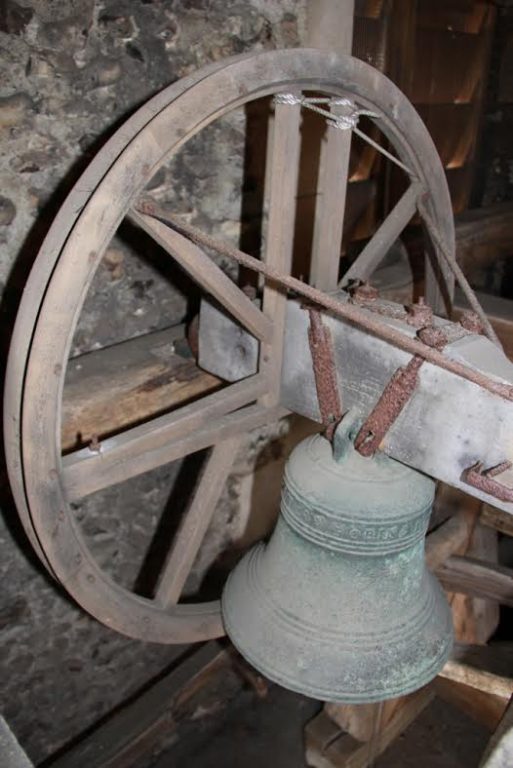 Images of the Clock Tower appear in all sorts of forms these days – on collectable plates, as jigsaws, poster sized photos in estate agents and coffee shops, advertising photos in leaflets and even a black and white photo covering an entire cubicle door at the Maltings ladies’ toilets. But this is nothing new. There used to be a newspaper entitled The St Albans Clock Tower, which ran for several years from 1895. It reported in 1897 that a model of the tower was entered into a St Albans procession. The newspaper noted how it swayed and bobbed up and down as the person inside walked along the local roads.

Some 30 years later, the Clock Tower was the inspiration for fancy dress at the annual staff party at J Fisk and Son Ltd. The building can clearly be seen in the centre of the party photo printed in the Herts Advertiser (22 February 1929). The newspaper printed another representation of the tower in October 1935 when Mr W Sibley, of King’s Road, London Colney, constructed a 12-foot-high model in his garden, complete with clock and battlements. 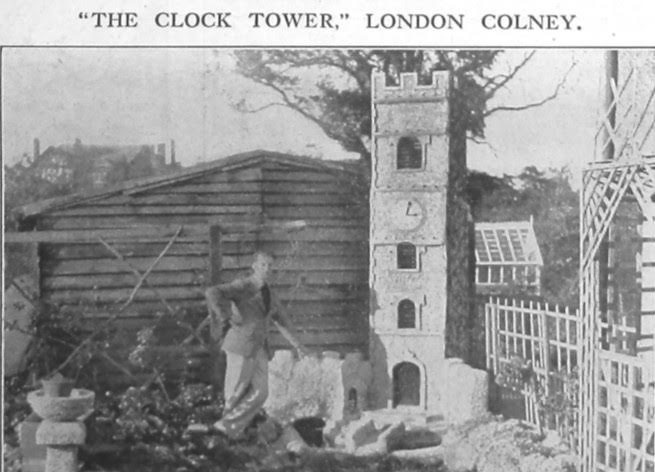 The back door to the Clock Tower, leading on to French Row, has the words, ‘Commit No Nuisance’ stencilled on to it; a wonderfully polite, yet forceful, way to demand a higher standard of behaviour by passers-by. Thanks to Val Argue’s research for the Society’s Home Front project, we know it resulted from a report of the Council’s Highways and Plans and Nuisances Sub-Committee (19 July 1915). Point 3 stated, ‘Attention has been called to the fact that nuisances are frequently committed by persons near the door on the west side of the Clock Tower, and urine finds its way under the doorway, and your Sub-Committee have given instructions for the step down to the door to be filled in with concrete and flaunced off to stop any liquid getting into the building and have directed that a warning notice should be put up on the door against committing nuisances.’ 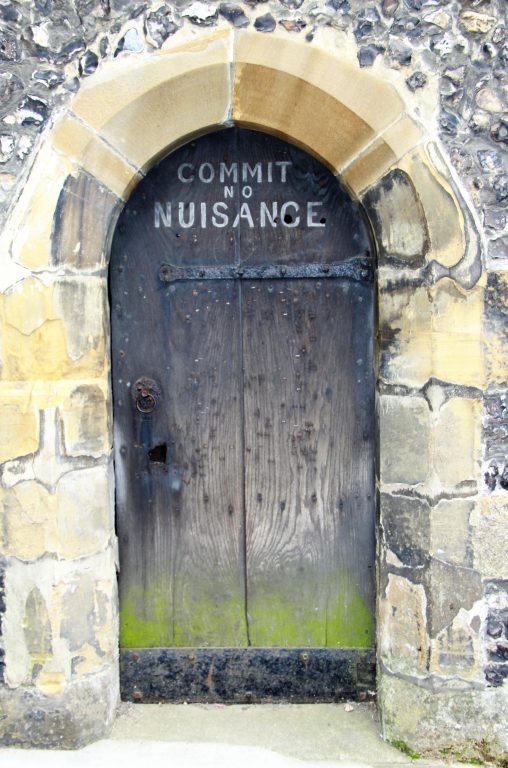