Images of the Clock Tower

Here you can see images of the Clock Tower from the last few hundred years, including a short film that takes you inside the Clock Tower, and a 360 degree video taken from the top.

Interior of the Clock Tower

This short film takes you inside the Clock Tower, showing you the rooms where the shopkeepers lived and worked, the Victorian turret clock and Gabriel, the medieval bell. With subtitles giving historic details and information and magnificent views from the roof top, it well worth watching.

360 degree video from the top

The following film is best viewed on a smart phone in a VR headset but can also to watched on a PC, laptop or mobile.

By simply playing the video on You Tube (https://www.youtube.com/watch?v=m7i3UGxU64c&feature=youtu.be) on your PC or laptop and using the navigation wheel in the corner of the screen, you can choose which views to look at.

By using the You Tube app on your smart phone to play the video, you can move your phone to choose your view. You don’t have to have an expensive VR headset to watch the film. You can buy cardboard VR goggles for a matter of a couple of pounds, set the video playing on your smart phone and pop it in. 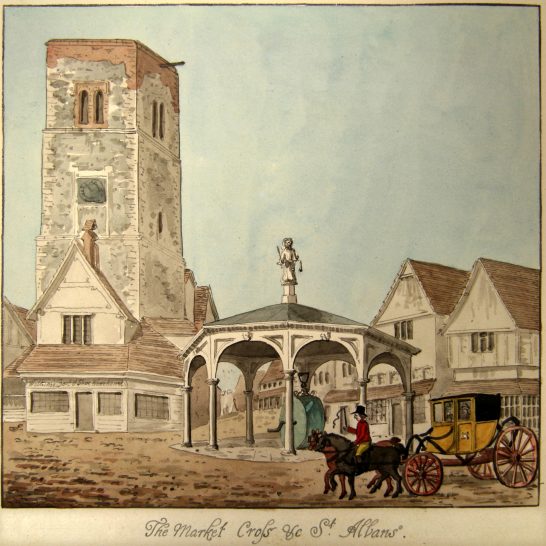 The Clock Tower in the 18th century
Oldfield, courtesy of St Albans Museum 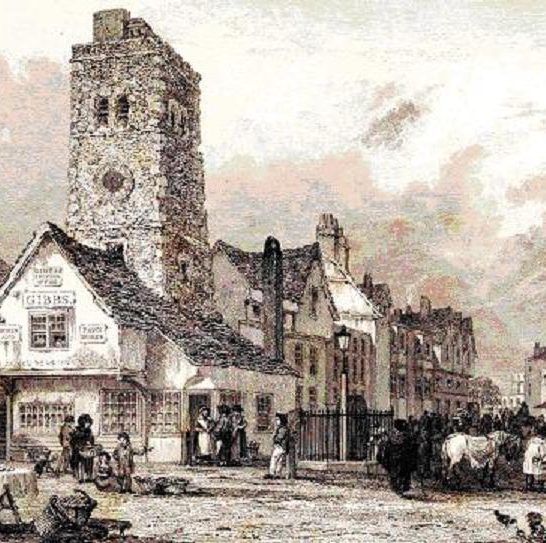 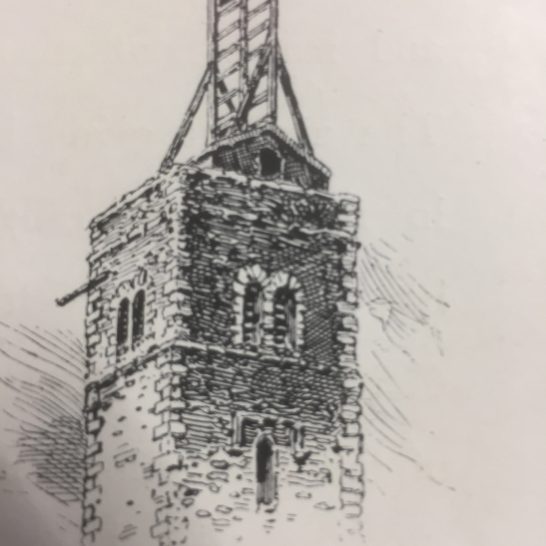 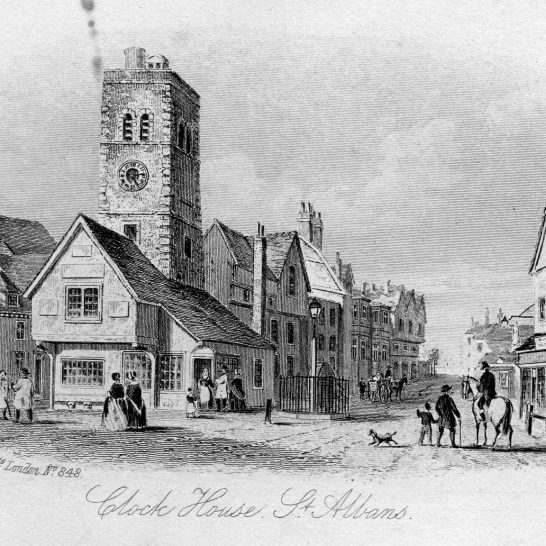 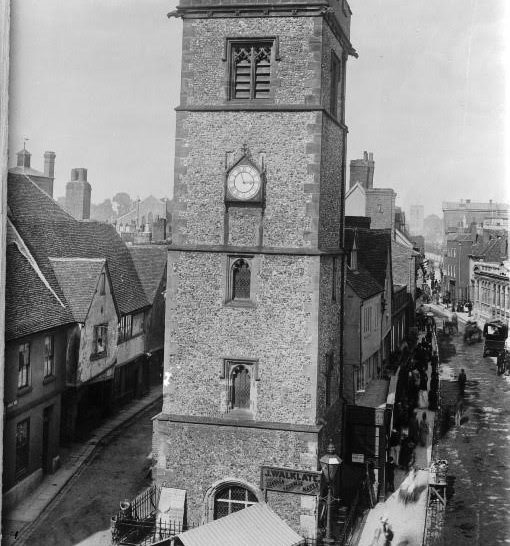