The Iron Age oppidum of Verlamion

Within Hertfordshire, there are known Iron Age sites at Wheathampstead, Baldock, Braughing and on land under and around the site of Roman Verulamium.

This last settlement, known as Verlamion, is believed to have grown relatively more important than other Iron Age sites in the area during the first century AD, and to have become a tribal capital for the Catevellauni around 25 to 5 BC.

There is evidence that coins were minted here in the name of the Catevellauni king Tasciovanus from about 10 BC, and subsequently for his son Cunobeline.

By the time the Romans arrived, Verlamion had achieved the status of an oppidum (a large fortified Iron Age settlement).

In archaeological excavations at Folly Lane in St Albans in 1991-92, a high status burial dated to about AD50 was found within a large enclosure marked by a ditch. Rich grave goods and evidence of ritual burning suggested that this was the burial of a chieftain.

This cremation happened several years after the Roman invasion of Britain in AD43, but was clearly an Iron Age burial rather than a Roman one. It is possible that the individual was a client king - allied to Rome, but still practising pre-Roman rituals. 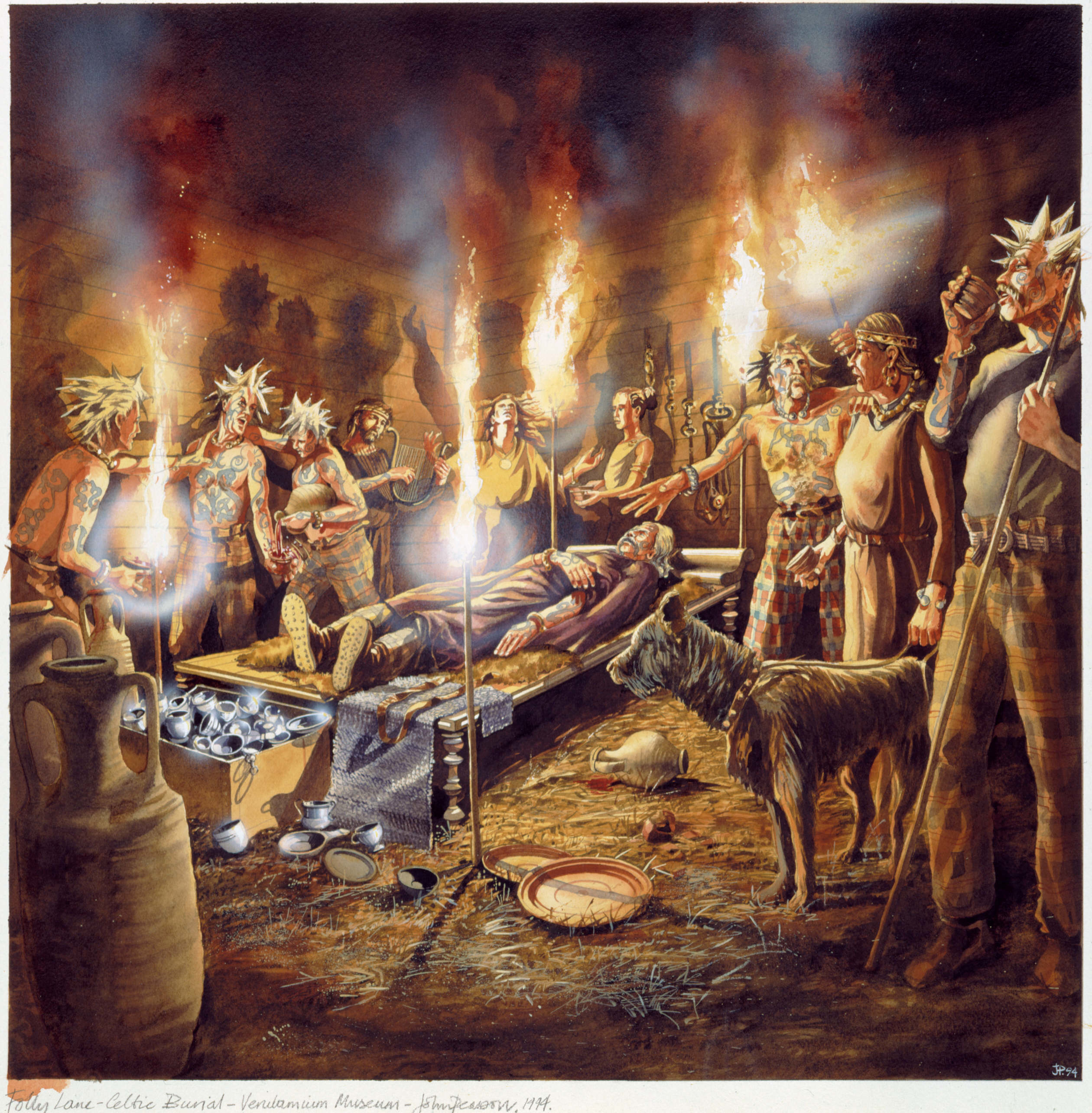 This suggests that, for some years after the invasion in AD43,  Verlamion may have remained largely unchanged. Change, when it came, may have been gradual until the destruction of the city by Boudicca in AD61 provided an opportunity for new roads to be laid out and the Romano-British city of Verulamium to be created.

At a conference marking the 70th anniversary of the Verulamium Museum, Dr Isobel Thompson spoke on 'putting the pre-Roman archaeology in its county-wide context'. She illustrated how the urban archaeological database (UAD) linked to a geographical information system (GIS) has given new insights into pre-Roman Hertfordshire. The roads linking the settlements were predominantly in a NE/SW direction, not N/S as was thought; in particular, an axis between iron-age sites in Folly Lane and King Harry Lane implies a processional way linked to a ritual site at Verlamion where the axis crosses the river. [Edited extract from Newsletter 172, May 2009]