This article, from the December 1996 Newsletter, recorded a return visit to St Albans by its then oldest member, Dr Norman Davey, and reflected upon the contribution he made to saving the plaster wall and ceiling decorations of Verulamium.

A most welcome visitor to St Albans in September [1996] was Dr Norman Davey, the oldest member of our Society, who spent two days revisiting old haunts. Brian and Kathleen Moody and I joined him for a delicious lunch at St Michael’s Manor, after which Chris Green and Brian Adams [then both members of the St Albans Museums team]  took us round the Hypocaust and Verulamium Museum, to show him some of the work to which he had contributed so much.

Chris Green writes ‘During the 1955 (and later) excavations Dr Davey devised new methods for lifting and mounting fallen Roman wall and ceiling plasters, using expanded aluminium mesh. Over twenty years he laboriously restored some 80 panels from sites throughout the country, adding a new dimension to our knowledge of Romano-British interiors. 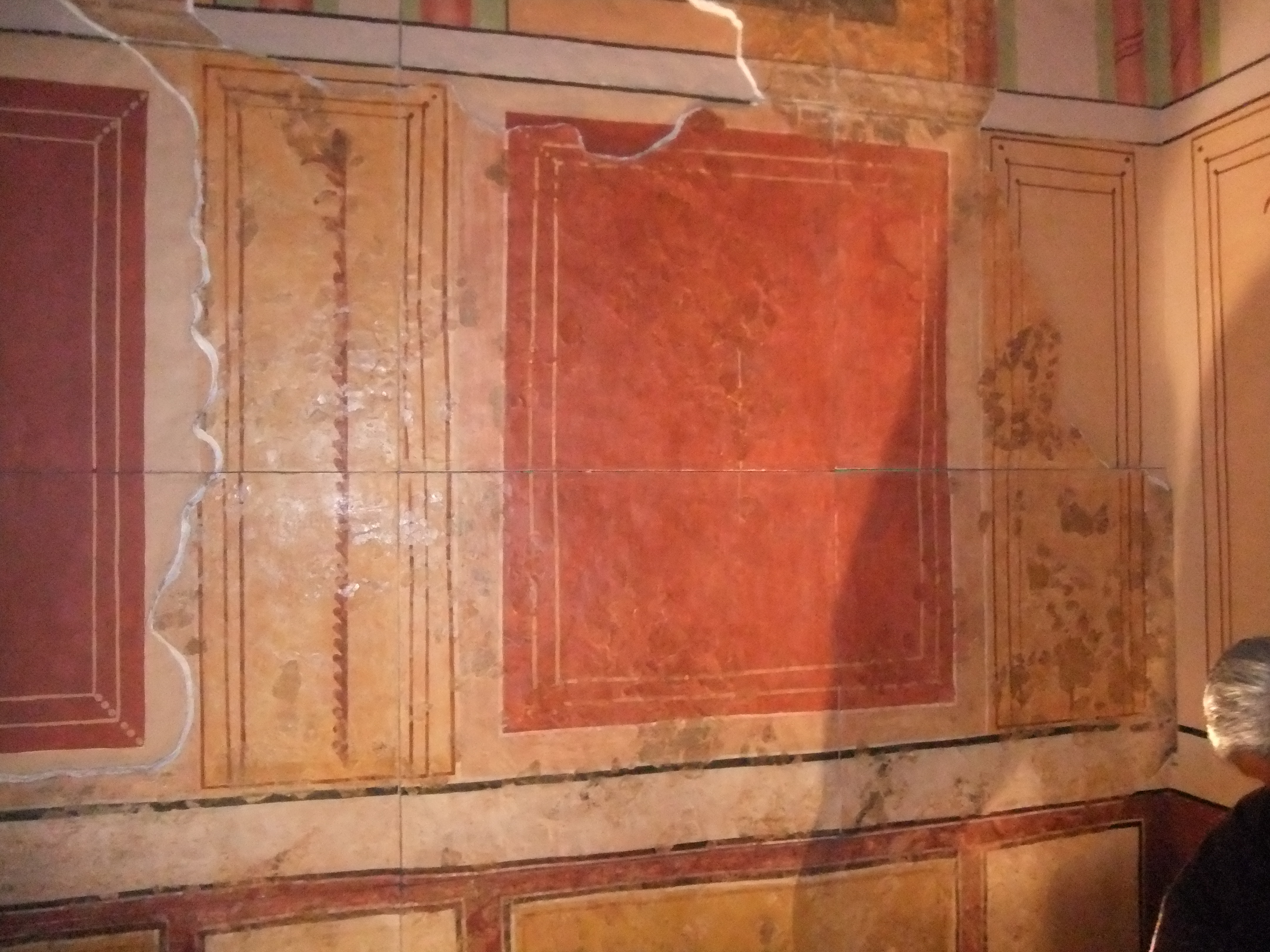 During the Wheeler’s campaign at Verulamium in 1930-33 Norman Davey made extremely fine measured pencil and watercolour drawings of several floor mosaics, which were later deposited at the Museum. Unfortunately the backing of the boards proved unstable, and acid decomposition threatened the survival of the images themselves. Museum Conservation Services Ltd of Duxford removed the acid backing from the very thin, but stable, facing paper over a period of weeks, using a synthetic cellulose adhesive to soften and swell the cardboard without affecting the watercolour pigments, and scraping the residue away with scalpels. The drawings were then lined with handmade Japanese paper and mounted for display. Dr Davey was able to see them in the week of their return to Verulamium.