The Reverend Boutell and monumental brasses 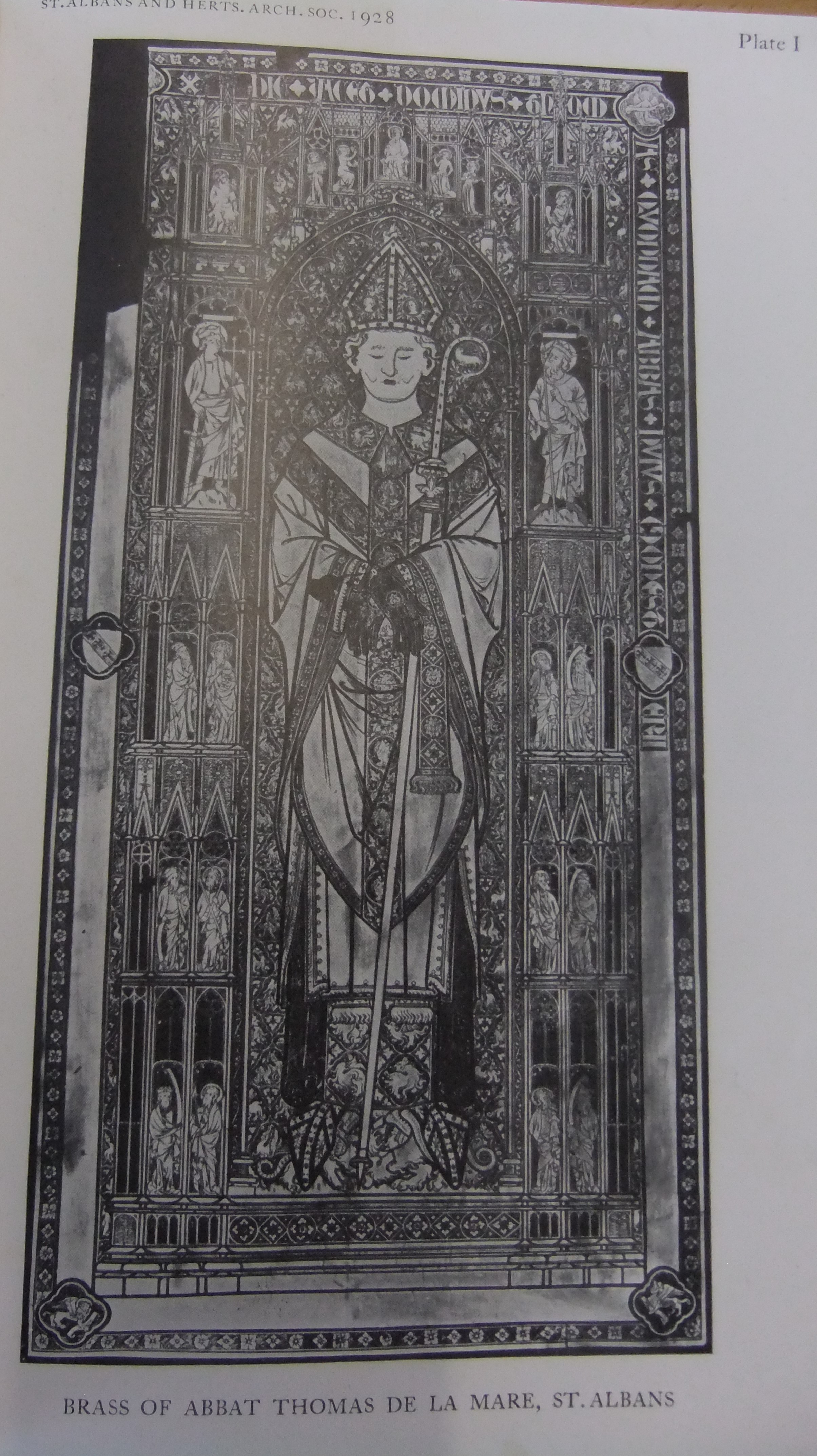 The Revd Charles Boutell was one of the two secretaries of our newly formed society in 1845. Indeed, the first planning meeting took place in his rectory at Sandridge.

His enthusiasm for the promotion of our Society is beyond doubt but, unfortunately, he had a habit of publishing books to inform the public on antiquarian subjects and financing them from the Societies’ funds of which he was Treasurer. He was our Treasurer for two years and had to be pressed for accounts which, when they finally arrived, showed an amount owing to a printer which the Society took steps to ensure he paid.

A passion for heraldry, archaeology and monumental brasses 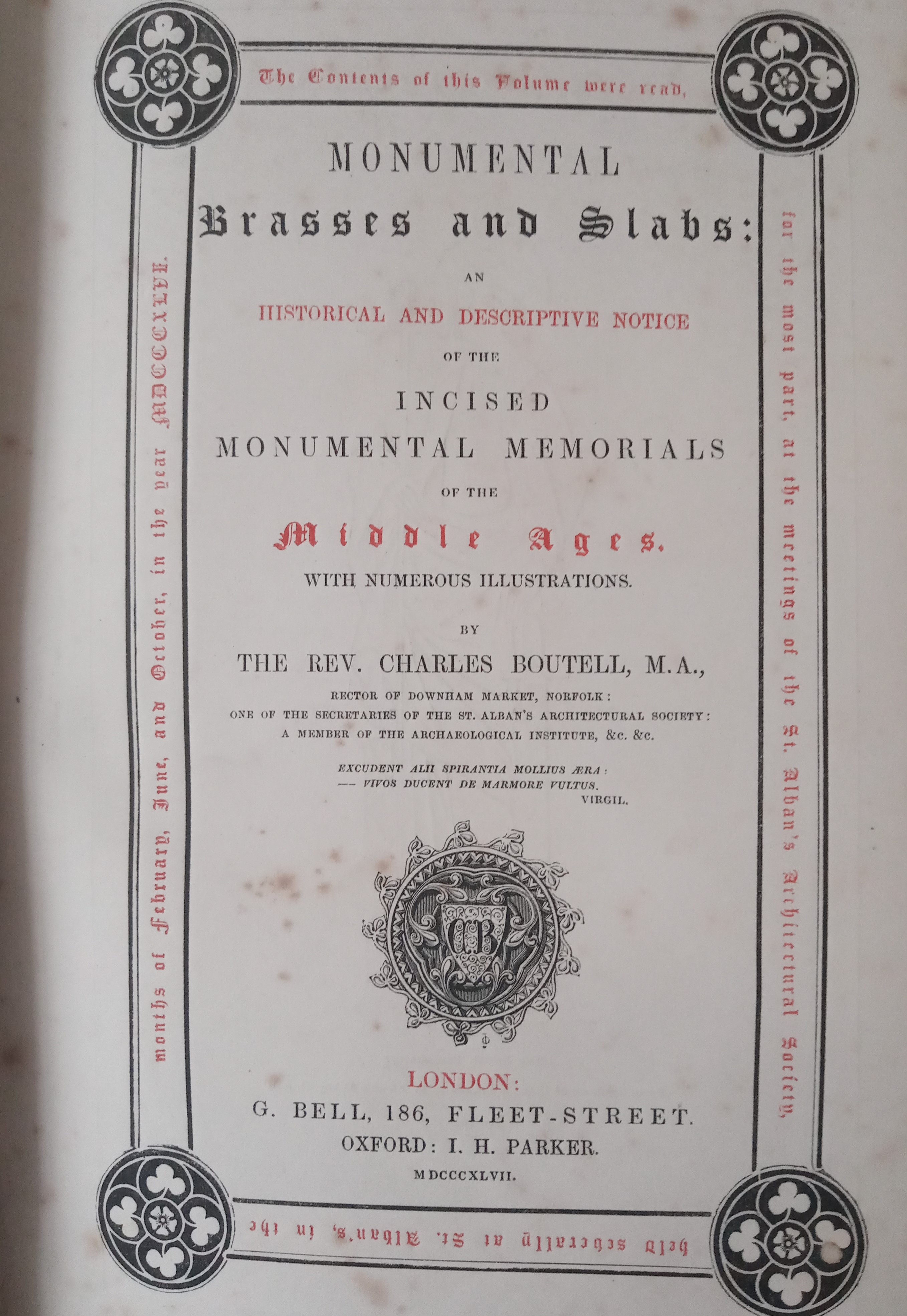 Reverend Boutell’s highly respected book on Monumental Brasses was dedicated to the President and members of our Society. 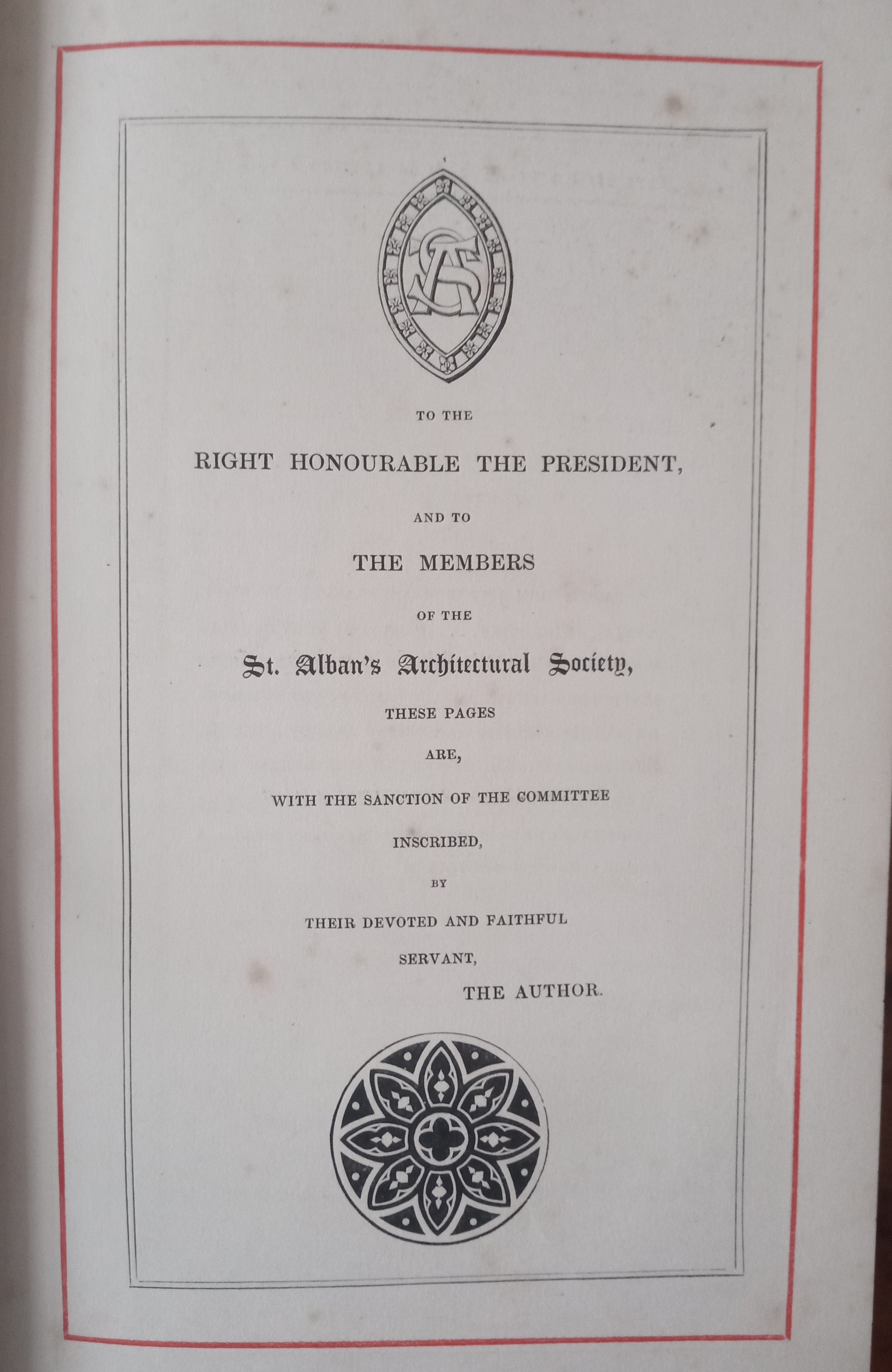 The brass illustrated at the top of the page is regarded as the finest brass of a high-ranking clergyman in England. It was well known to Charles Boutell who described it in his book and made rubbings of parts of it. The brass was one of very few that survived the destruction of churches in the 17th century. In the 19th century it was in poor condition. Boutell had it restored in 1846 at the request of our Society. The cost is not recorded. When first produced in Flanders it may well have been highly coloured to give a living depiction of the abbot.