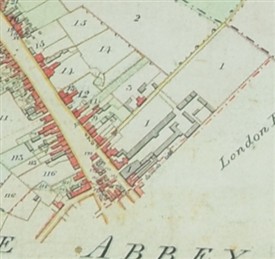 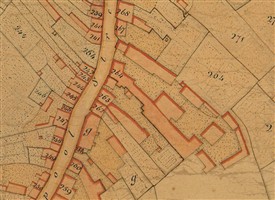 The Dominance of the Kinder & Searancke families

In publishing his book, Brewers in Hertfordshire, Allan Whitaker provided a good service to those interested in the history of the beer trade in the county especially in the 1800s (Ref 1). In particular his is the first study to link the brewers with the public houses they leased or owned. However, in the short time since the book was published, research has moved on and this article aims to update the history of brewing in St Albans in the period between 1750 and 1830.

Before considering this it is important to understand the scope of the industry at this time. By 1830, there were three common brewers operating in the town, ‘common’ in that they brewed and sold beer wholesale to free houses or their own tied estate. The two largest were headed by members of the Kinder and Searancke families respectively, both at the heart not only of the local trade but also as part of the self-serving borough corporation. Members of both families had been, and were to be, mayors of the borough.

By 1826, the Kinder family’s (extensive) premises were in Chequer Street (Fig. 1). Whitaker suggests that this brewery was open by 1776 but his source is less than certain (Ref 2) A more reliable source indicates that it was sited here in 1786 (Ref 3). Whatever the date was the family was engaged in the trade by the 1750s. For example, in 1757, a Thomas Kinder, brewer, was admitted as a burgess of the borough corporation (Ref 4).

Whitaker surmises that the Searancke family started brewing in St Albans in the late 1600s, something that cannot yet be proved in spite of the extensive research by this society into the town’s history for this period. (Ref 5) Chris Saunders has recently established the precise location in 1818 in Fishpool Street for their brewery, malting and storehouse (Fig. 2) (Ref 6).  Like the Kinder family, the Searanckes’ brewery was probably located at this spot by 1786 at the latest (Ref 7).

The only other common brewer in the town was Samuel Wildbore who ran a small brewery in the yard behind his Blue Boar alehouse in the Market Place. He had previous leasehold interests in the Goat in Sopwell Lane and the Lamb in Chequer Street but, by 1830, his only known retail outlets were the Blue Boar and the Vine in Spicer Street (Ref 8).

Dominance of the Searancke and Kinder families

What this new research shows is just how dominant the Searancke and Kinder families were in the local trade. During the 80 years leading up to 1830 both families invested substantial sums buying freeholds of alehouses in the town. (See Table One) The precise reason for this investment is unknown but is likely to be the result of a combination of three factors. Firstly, the two families were fighting each other for market share. Secondly, they wanted to prevent other Hertfordshire brewers from gaining a foothold in the town, a tactic that was largely successful as, by 1830, only an estimated four of the borough’s 41 alehouses were owned by ‘foreign’ brewers (from Hatfield, Hitchin & Watford) (Ref 9). Last and perhaps more worrying for the two families was the prospect of large London brewers seeking locations for profitable expansion (Ref 10). Whatever the reason was, this growing dominance led to the bizarre concentration of alehouses in certain areas of the town. For example, of the eight alehouses in the half mile or so from the top of Romeland Hill to the bottom of Fishpool Street, six were owned by the Searanckes and two by the Kinders.

How did other alehouses get their beer?

This leaves one question unanswered: where did the other twelve alehouses in the town get their beer? At least three of the larger inns probably brewed their own beer. Usual in the early 1600s, such ‘home’ brewing was rare by 1830 as innkeepers bought stock from common brewers who, through economies of scale, could supply them at a cheaper price than they could produce themselves. There is some evidence that the Woolpack and White Hart, both on Holywell Hill, and the George Inn in George Street still brewed their own in 1830 (Ref 13). How the other nine alehouses sourced their beer remains even more uncertain. These alehouses were not owned by brewers so they must either have been leased to a brewer or been “free” houses, free to buy beer wherever the alehouse keeper wanted. There is some evidence of alehouses being let, such as the Christopher in French Row to a Harpenden brewer and the Trumpet on Holywell Hill to one from Hatfield. The exact number of free houses will probably never be known (Ref 14).

The cut-off date for this discussion, 1830, is not accidental. This year marked a tipping point for the brewing industry as a whole as Parliament passed legislation that was to change the nature of the trade and society in general over the next 40 years. This was the Beerhouse Act and the following figures provide a clue for some of these changes: in 1870, there were 89 public houses and five breweries in St Albans compared with just 41 and three respectively in 1830. One of the reasons this Act was passed was to circumscribe the threat posed by growing monopolies of local and regional brewers such as the Kinder and Searancke families. How local interests were really affected will be considered in a future post.