The creation by temperance campaigners of pubs that emphasised food, soft drinks and recreational activities drove more widespread changes to the layout of many pubs.

Changes to pub architecture in the interwar years

The Ancient Briton on the Harpenden Road in St Albans is a good example of ideas underpinning changes to pub architecture in the inter-war years. With the aim of attracting custom beyond the typical working-class male, these new pubs introduced, for example, separate rooms for their different clientele – remember saloon and lounge bars? The provision of food was a key part of the strategy as well. Brewers investing huge sums of money in the redevelopment of their estates were following a tried and tested model. 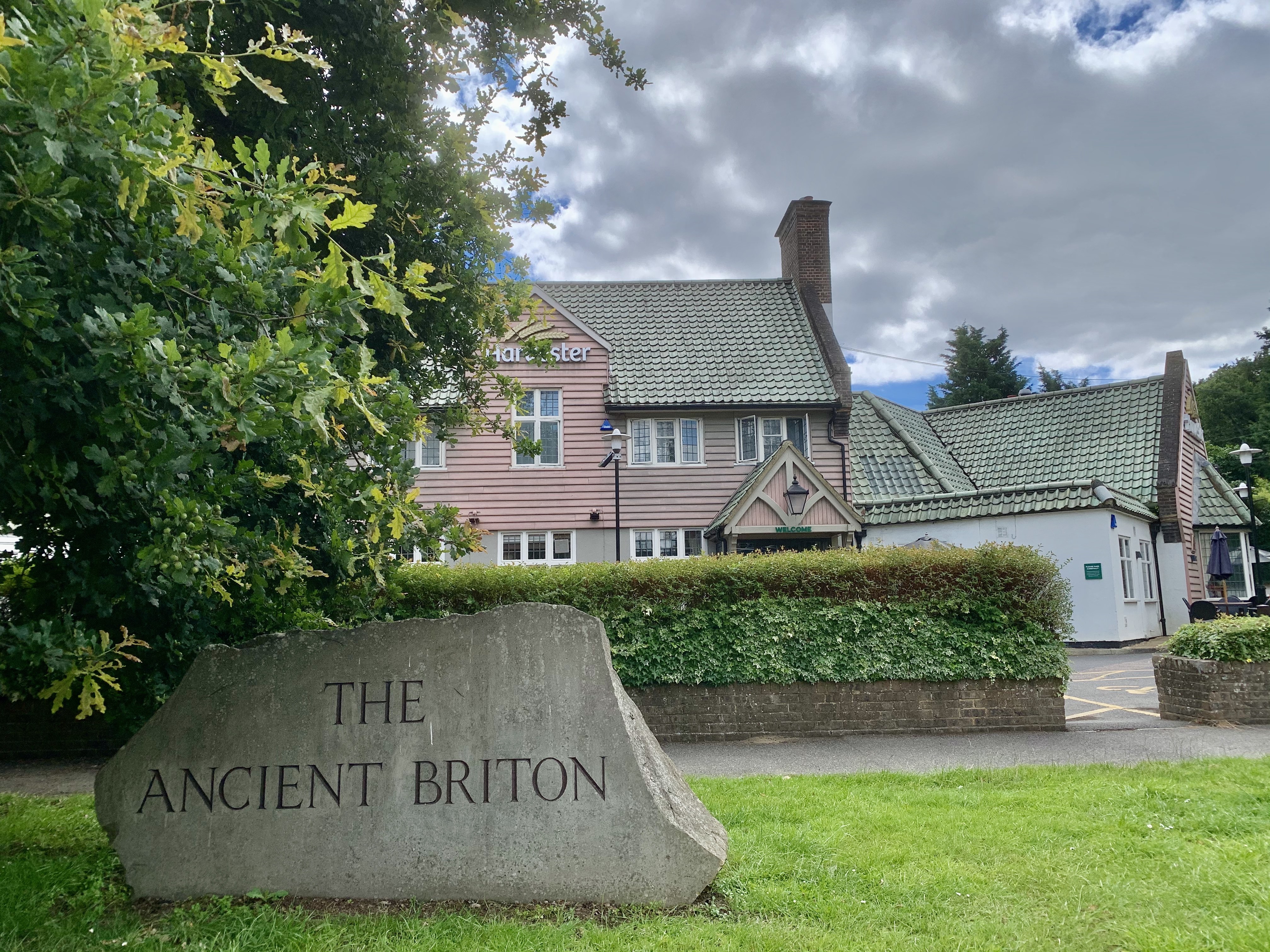 In the early 1900s, two companies, neither with brewing interests, had proved that the model worked. One of these, with close ties to the St Albans area, was the Hertfordshire Public House Trust Co Ltd (HPHT). We can see the germ of the company’s ideas in the first pub in which it took an interest.

This was the Waggon and Horses at the top of Ridge Hill, two miles to the south–east of London Colney. It was leased in 1903 for the grand sum of £85 a year. Though rundown, the pub was an excellent choice as the place to launch the business. Not only was the lease suitably cheap for an undercapitalised start-up, but the location was sound with road usage again on the increase on what was to become the A6 trunk road leading from Barnet to St Albans. With the pub renovated and tearoom added, business prospered. Just three years on, the Waggon and Horses was the country HQ for 40 cycling clubs and serving 10,000 teas annually.

Promoting temperance was the driving factor

It is the provision of those teas that tells us about the ideology lying behind the HPHT. In essence it was a temperance organisation formed to break the stasis in the polarised debate raging about the future of beer consumption. The pub was the frontline of the battle: brewers needed to sell as much beer as they could while temperance agitators campaigned to reduce consumption or even prohibit sales altogether.

Proponents of the public house trust movement were eyeing the middle ground, their intention being to make the pub a convivial and safe place for everyone to meet, eat and drink. Drunkenness was to be discouraged at all costs. To these ends, trust companies would sell beer in their pubs but not promote its consumption. Instead, good catering and recreational facilities would be to the fore and their pub managers, all of them employees rather than arms-length lessees, would be paid commission on the sale of food and soft drinks but not alcohol. This framework was in sharp contrast to the conventional model in the brewery-owned pubs that dominated the market.

The HPHT flourished at first. By 1912, having merged with other less successful companies to form the Home Counties Public House Trust Co. Ltd, there were around 30 houses in the estate. (The intransigence of the St Albans city magistrates stymied an attempt to open a ‘trust’ pub in Fleetville.) Typically, their new-build houses, like the Red Lion in Radlett and the Rose and Crown in Tring, offered billiard other function rooms as well as outdoor recreational facilities such as bowling greens. These features were uncommon in brewery-owned estates. 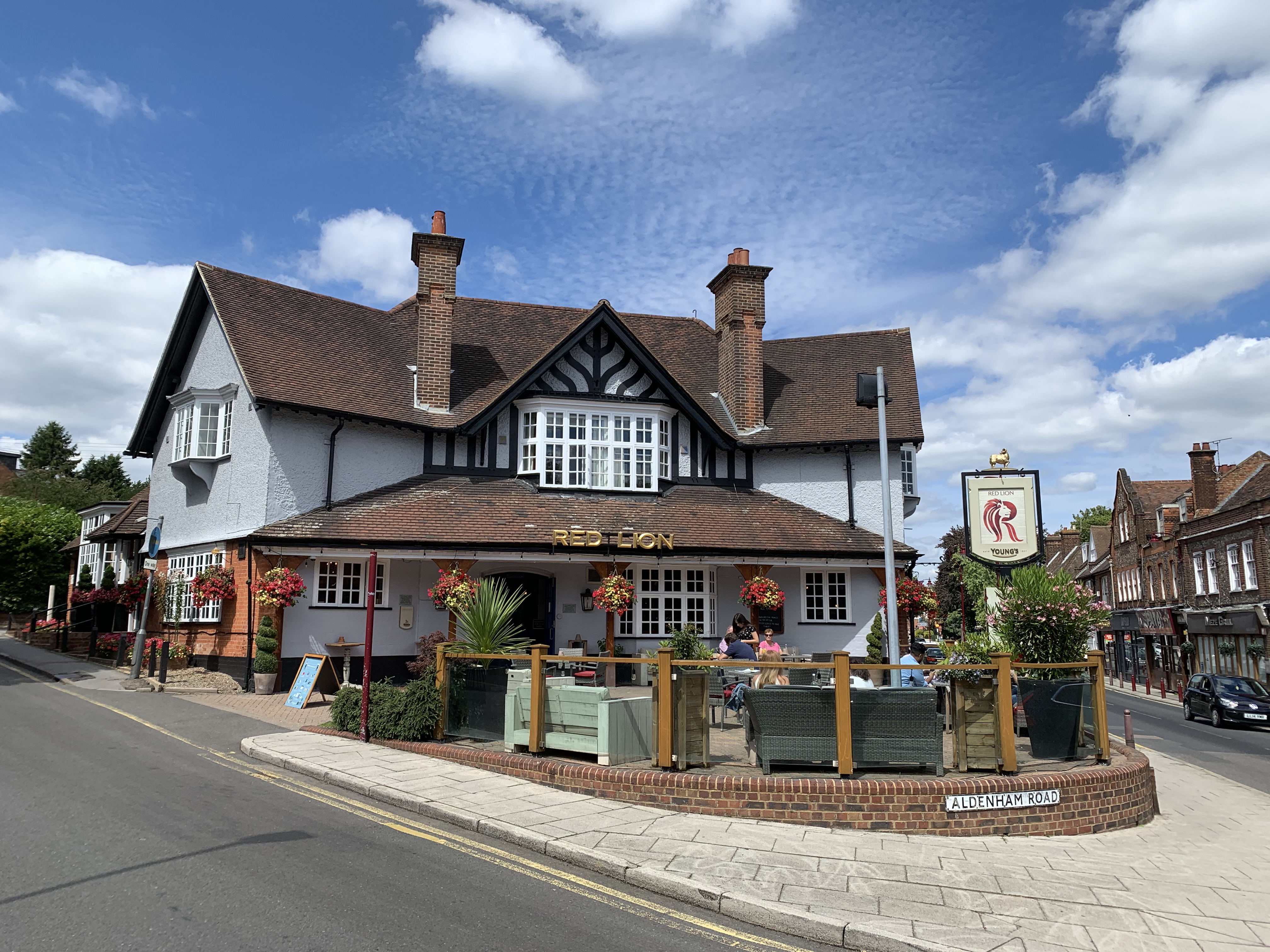 The formative strategy had been set by local man, Alexander Francis Part. Born in London but baptised at St Michael’s in 1875, he was the son of Charles Thomas Part. Charles was a familiar figure in St Albans as partner in the firm of Marten, Part & Co., owner of the bank at 3 High Street from 1898-1902. He also had form as an investor in refreshment businesses. From its establishment in 1879, he was a shareholder in and chairman of the local company running the coffee tavern in French Row. Like the HPHT houses this was a temperance pub but one that sold only soft drinks.

Profit motive comes to the fore

Alexander Part remained in control as MD of the Home Counties company until 1921 when heavy financial losses brought his time to an end. By then though, the founding temperance ideology had largely been disregarded in pursuit of higher profits. The company eventually merged with Charles Forte’s catering group to become Trust House Forte.

What of Part’s legacy? Key national developments in pub design (as seen at the Ancient Briton), licensing and management in the earlier 20th century owe much to Part’s Hertfordshire strategy. While the Red Lion in Radlett and buildings in Tring still stand as physical reminders of his ideas, the Waggon and Horses is long gone, demolished in 1984 to make way for the M25 motorway.