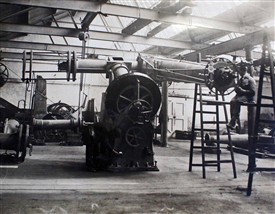 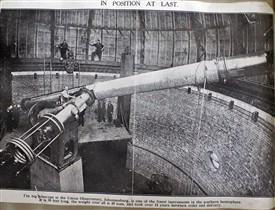 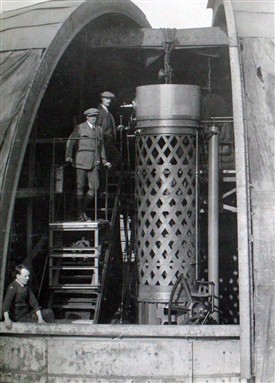 Howard Grubb had an international reputation and made telescopes of all sizes for customers all round the world. During World War One, the famous Dublin telescope maker Howard Grubb moved his business to St Albans in the interests of national security.

The historic works were only in St Albans for a few years, as in 1925 the business was bought by Charles Parsons and moved to Newcastle, but while they were at St Albans Grubbs built one of their greatest telescopes, the twenty six and a half inch Johannesburg refractor. Work on the telescope started in Dublin in 1909 and it took fourteen years to complete.

Howard Grubb had an international reputation and made telescopes of all sizes for customers all round the world. Grubb Parsons survived in Newcastle as one of the worlds leading telescope makers until 1985, and the Johannesburg Refractor completed at St Albans was one of the greatest telescopes built by the business in its one hundred and fifty year history.The pictures are taken from the company photograph albums which are held by the Tyne and Wear archives in Newcastle.