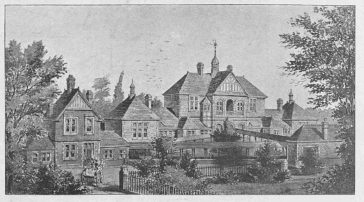 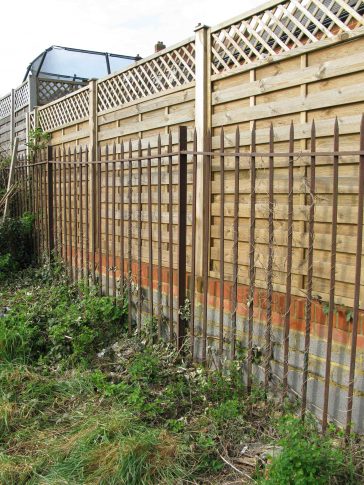 A number of now controllable infectious diseases took their toll on the population of St Albans in the first two decades of the 20th century. The common causes of illness and death, particularly among children, were scarlet fever and diphtheria. The list also included enteric fever (typhoid), pulmonary and non-pulmonary tuberculosis, small pox, measles and cerebrospinal meningitis. The presence of troops in the city, and returning men from the Front in the war years 1914 to 1918-20 resulted in some more unusual cases, including malaria, dysentery and trench fever.

Local hospitals in the city – as referenced in other articles in this series – included the St Albans and Mid Herts Hospital in Church Crescent, the St Albans Union workhouse infirmary in Union Lane (now Normandy Road), and the Sisters Hospital, a 30-bed isolation hospital on the same site. A 12-bed isolation wing for diphtheria patients was added in 1911.

In addition, the city and district was served by a 12-bed small pox hospital at Cherry Tree Farm, near Redbourn; the Hertfordshire County Asylum at Hill End and, during the war years, two military hospitals – the County of Middlesex War Hospital at Napsbury and Bricket House, a Red Cross hospital occupying a property in Bricket Road, long since demolished. In 1914 a site for a sanatorium to treat tuberculosis cases had been purchased at Ware and plans passed by Hertfordshire County Council. Canons House Sanatorium opened in around 1916.[1]

Measures available to the MOH to control infectious and other diseases included giving advice to schools about infection control, advising the City Council, isolation of individuals in hospital or in their own residence, school closures – sometimes for weeks at a time, investigating and isolating the source of disease, and prosecution of parents for non-notification of a notifiable illness, although legal action was only rarely taken. The list of notifiable diseases was set out in the Infectious Disease (Notification) Act 1889.[2]

This article addresses two of the diseases on that list and a third that did subsequently become notifiable. Scarlet fever is treated today by antibiotics but has not been eradicated. There were over 19,000 cases recorded in the UK in 2016. Diphtheria is rare in the UK because babies and children are routinely vaccinated against it. Likewise, children are immunised against measles.[3] All of these illnesses claimed lives and caused great suffering and the isolation of children away from their families in the years 1900 to 1920.

The Sisters Hospital in St Albans was named in memory of two little girls called Winifred and Dorothy who died of scarlet fever. Their parents were Sir J. Blundell and Lady Maple of Childwickbury who gave £5,000 in 1893 for the isolation hospital to be built and fully equipped. (See Fig. 1) On the dedication stone it is recorded that the couple gave the hospital to the ‘City of St Albans and Neighbourhood in loving memory of their darling children’. The building still stands, but is now an apartment block.[4] Winifred, the second oldest of three daughters, died on 27 May 1886, and Dorothy died on 26 January 1888, aged six.[5]

Prior to the opening of the Sisters Hospital, poor people suffering from contagious diseases would have been admitted to the infectious ward of the workhouse. This happened in November 1890 to a girl from Park Street suffering from suspected scarlet fever. The case was reported only because the Board of Guardians had queried her need to be quarantined at the workhouse’s expense. The MOD, Dr Morison, explained to the Board that ‘the [child’s] skin had not done peeling and she was still capable of communicating the disease to other people’. The report stated that such cases cost 25 shillings per week and ‘the Board do not want to have patients at that cost when it is unnecessary’ as one of the board members explained.

The 30-bed Sisters Hospital was busy from the date it opened. In January 1900 it was described as full with scarlet fever patients and at the same time there was an epidemic of influenza.[6] The hospital was enclosed by a double row of iron railings, 6ft high and set about 10ft apart, to keep patients in and visitors out. A few sections of fencing are still standing, close to local allotments. (See Figs. 2 & 3) The green horse-drawn ‘fever ambulance’ that transported patients to the hospital was said to have struck fear in the hearts of those who saw it on the streets of the city. After the First World War it was replaced by two motorised former Red Cross ambulances used at the Front that had become surplus to requirements.

Scarlet fever was a common childhood illness at this time and in 1915 there was a case at Garden Fields School, then in Catherine Street. The school log-book records that on 8 February a ‘child was discovered in class 5 with hands peeling from scarlet fever. She has been removed to the isolation hospital. The room is empty awaiting disinfection – the children being crowded for the time being in Room 4’. The log book entry by the head teacher also recorded that there had been ‘much illness’ in the school that month with 58 absent on 14 February and on the day the case of scarlet fever was discovered, the teacher of Class 5, Miss Porter, had gone home ill.[7] In total, there were 104 patients with scarlet fever admitted to hospital in 1915.[8]

In 1914 there was an outbreak of diphtheria connected with St Michael’s School which led to a request from the Urban and General Purposes Committee of the Town Council for an inspection of houses in the area. This was carried out and it was later reported that no insanitary conditions were found in the outside premises of homes in Fishpool Street or St Michael’s, or in the drains or sewers that served them. However, six cottages in Blacksmith’s Lane were found to have no mains sewage and instead were ‘provided’ with pail closets, about 36ft from the houses. No earth was used in the pails and the contents were buried in the back gardens. The sanitary officer stated that ‘the condition is altogether unsanitary and in my opinion dangerous to the public health’.[9]

The admissions register for the Sisters Hospital for 1916/17 suggests that from 1915 there continued to be a significant increase in cases of diphtheria in St Albans. One of those affected was Barbara Rapson, a six year-old girl living in Hamilton Road. In an interview given to the Museum of St Albans much later in her life she described herself as having been a rather weedy specimen as a child. She remembered being taken in the late evening by horse-drawn ambulance to the Sisters Hospital where a needle was pushed into her spine. ‘I screamed at the top of my voice and they said I was very naughty.’[10]

At the beginning of 1905 there was an epidemic of measles in St Albans and two deaths were attributed to this cause. In his report to the Mayor and Corporation of the City of St Alban, Dr Morison stated: ‘Once more I would renew my recommendation of former years, that measles at any rate should be made a notifiable disease. It is very important your Medical Officer should be informed as soon as possible of the earliest cases of an epidemic of measles, in order that he may take appropriate measures to prevent the disease from spreading. For measles is not only attended by considerable mortality amongst young children but often prepares the way for the advent of tubercle or other grave constitutional disease.’[11]

By 1919 some but not all notifications were being made to the MOH who reported 439 cases of measles in St Albans but estimated that this was only half of all cases in the city as not all were being reported to him. It appears that Shakespeare was inadvertently to blame for the outbreak as Dr May stated that ‘the attendance at the County Hall [theatre], St Albans, of several schools to see the performance of a Shakespearean play was directly responsible for a very large number of cases in February’.

Sanitation, water, milk and flies, to name but a few, could be responsible for many of these diseases and affect the population. Personal hygiene also played a part. As with Covid-19, children and adults were urged to wash their hands, use a hanky and cover their mouths when they coughed or sneezed. During the diphtheria outbreak in 1918 the MOH suggested to the Urban Authority Committee of Hertfordshire County Council that children in schools should be supplied with individual boxes of pens and pencils rather than sharing writing equipment in order to minimise transfer of germs but Dr May’s very practical recommendation was turned down, no doubt on the grounds of cost.

Sources: The information in this article is based on material researched and written by Elanor Cowland and also members of the SAHAAS home front team, including Philippa Hurst, Romaine Byers, Val Argue and Elizabeth Rolfe.

[1] ‘Canons House Sanitorium (the sanitorium which nearly might not have been), Askew, T. <www.ourhertfordandware.org.uk>

[8] ‘Annual Report of the Medical Officer of Health of the St Albans Urban Sanitary District for the year 1915’, Wellcome Library, <www.wellcomelibrary.org>.

[9] ‘Notes on Annual Reports of the Medical Officer of health of the St Albans Urban Sanitary authority 1911-1921’, Elanor Cowland, unpublished.

[11] ‘Annual Report of the Medical Officer of Health of the St Albans Urban Sanitary District for the year 1905’, Wellcome Library, as above.