Inn rooms for the downtrodden 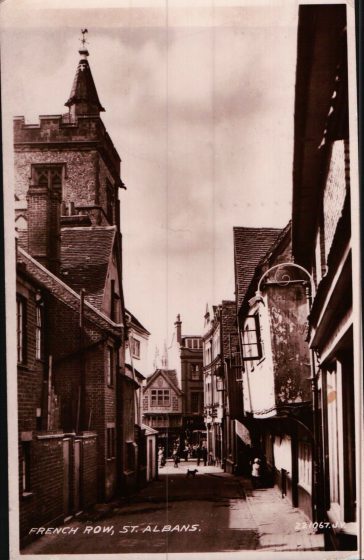 zoom
Families continued to be housed in tenements in Christopher Yard, just off French Row, well into the 20th century. A young boy described it as follows in around 1915: ‘At Christmas I was made to fill a bag with cast off toys and take them down to French Row and distribute them to the ragged children who swarmed in the narrow alleys which led off the Row. It was then a dreadful slum. Although it was December many of the children were without boots or shoes.' Memoir of Rev Frank Horner West.
SAHAAS 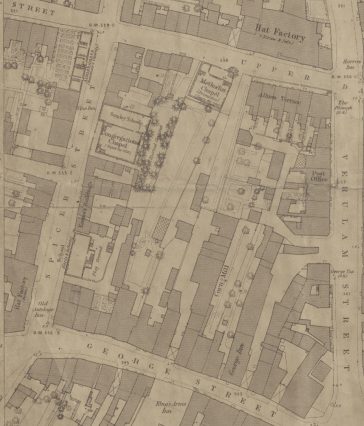 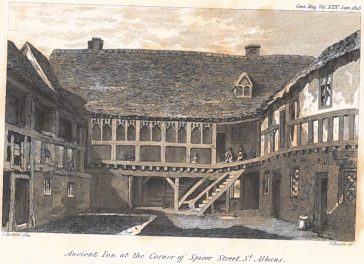 If you were one of the many labouring poor who existed from hand to mouth in Victorian St Albans, a ‘nest of poverty’ (1) might be your resting place.

A dramatic increase in the population meant that there was little room, even in the old stable yards attached to the city’s once thriving coaching inns. These backyards, at the Half Moon, Saracens Head, Crown, Antelope and Goat, contained tumbledown cottages and tenements where the ‘down trodden and forlorn’ were housed.

Conditions were often terrible, with poor sanitation leading to outbreaks of contagious disease. In 1837-38 eight out of ten families living in Christopher Yard behind French Row contracted the deadly typhus fever.

Towards the end of the 1800s St Albans Council received statutory powers to demolish such unsuitable dwellings. But a lack of willpower coupled with vested interests defeated attempts to improve the situation. Moreover, with no stock of alternative housing to offer, councillors were wary of signing demolition orders that would, with the sweep of a pen, leave yard-dwellers homeless.

(1) Quote by the campaigning local minister Rev Urwick at Spicer Street Independent Chapel, 1890, source Herts Advertiser, ‘The Rev. W Urwick on the Poor, 11 January 1890. Land was available for housing, at a price.