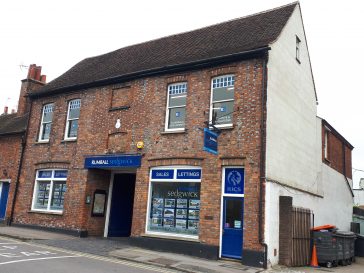 zoom
Former St Peter's parish workhouse, May 2018. St Peter’s parish workhouse dates from 1732, established following a general meeting of parishioners ‘to determine about a workhouse for the better employment of the poor of the parish’.
SAHAAS 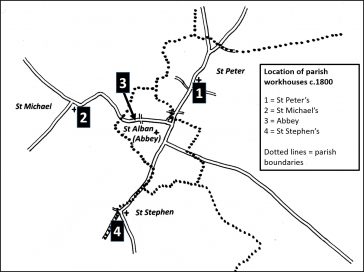 If you were a workhouse child in the 1700s you would be put to work every day apart from Sundays spinning wool or making horsewhips.

Adults too had to earn their keep. At the Abbey parish workhouse in Fishpool Street men and women were employed in winding cotton-wick for the tallow chandlers whilst at St Peter’s inmates were employed in the care and repair of roads.

In return for their labours adults and children were paid the odd penny or two but the profits were retained either by the parish or often by a ‘farmer’ contracted to manage the running of the workhouse at a lesser cost and therefore a saving to the parish (1).

Originally opened as poor houses from 1598, it was not until 1722 that the term ‘workhouse’ came into being, reflecting the responsibility of inmates to earn their keep.

This reminds us that the provision of parish workhouses was essentially all about saving money. The Abbey parish claimed to have reduced its poor rates ‘above half’, encouraging other parishes to follow suit.

(1) Down and Out in Hertfordshire, Hertfordshire Publications (1984). Kent, E.S., St Albans in the Early Nineteenth Century, SAHAAS Transactions (1929).