From Schoolhouse to Warehouse: The St Albans British School 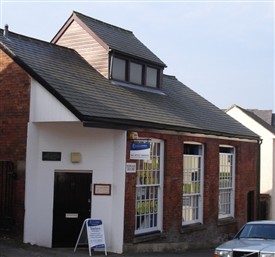 The British School in Spencer Street was established in 1846 and merged with the Hatfield Road Board School 40 years later. The school was set up and run by dissenters, who agreed that it would be taken over by the St Albans School Board. After the Board closed it, there was a long, and unsuccesful, campaign by the dissenters to build a new Board School in Hill Street.

A detailed history of the school is attached below. You can also read about Thomas Littlejohn Brash, who was master of the St Albans British School, Spencer Street, then the Hatfield Road Board School from the 1860s to the 1880s. He was a well known St Albans teacher, but in 1889 a warrant was issued for his arrest on a charge of stealing money from the School Board. The paper reports on his life, and sets his downfall in the context of the School Board, the pressures on it, and its failure to audit its finances properly.