Eleanor Ormerod: a Victorian gentlewoman with a passion for entemology 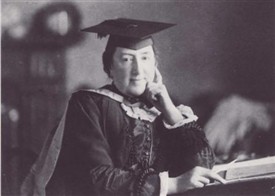 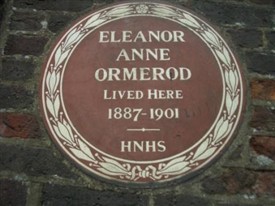 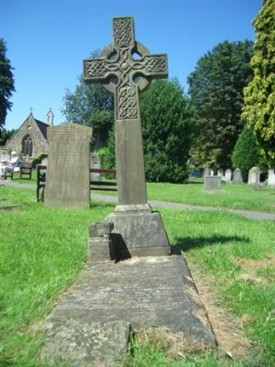 Eleanor’s passion for the study of insects

Hatfield Road cemetery in St Albans is the final resting place of Eleanor Anne Ormerod, little known today but in her lifetime a celebrated economic entomologist.

Whilst most young Victorian ladies might have blanched at the very idea of working out the most effective way of despatching a swarm of turnip flies, Eleanor found such challenges fascinating.

As a small child she recalled being perched on a chair and given to watch, to keep her quiet at home, a tumbler of water with about half a dozen great water grubs in it.

“One of them had been much injured and his companions proceeded quite to demolish him. I was exceedingly interested, and when the family came home, gave them the results of my observations, which were entirely disbelieved. Arguing was not permitted, so I said nothing but I had made my first step in entomology.”

The youngest of ten children, born in 1828 to wealthy land-owning parents, she developed a deep understanding of just about everything that buzzed and crawled on the family’s 800 acre estate, persuading her father’s workforce to bring her any unusual insects they found in return for one of “Miss Ormerod’s shillings”.

However, it wasn’t until her 30s, after her mother died and in the final years of her father’s life, that she was able to begin sharing with a wider audience her increasing knowledge of insects beneficial and baneful to agriculturalists and horticulturalists.  Until then her endeavours had been neither approved of nor taken seriously by her family, with the exception of her sister Georgiana.

Following the death of her father in 1873 and with the benefit of a handsome inheritance, the sisters moved first to Torquay to be near relatives and then to Isleworth where Eleanor could pursue her studies at nearby Kew Gardens.

They were friends with the influential director of Kew Sir Joseph Hooker – said to be Charles Darwin’s closest friend – and his second wife Hyacinth who wrote that Eleanor “… often came in the morning before public hours to the gardens to pursue her researches. She was extremely fond of animals and birds and could imitate their calls so perfectly that she could collect creatures around her.”

Eleanor and Georgiana subsequently moved to St Albans – to Torrington House, Holywell Hill – in 1887. Her friends included Lord and Lady Grimthorpe, the Bishop of St Albans, Dr Festing, and the Dean, Walter John Lawrance. She was also acquainted with Sir Henry Gilbert, director of the chemical laboratory at Rothamsted in Harpenden.

As an author, lecturer and, for a period, Britain’s de facto government entomologist, Eleanor played a pivotal role in establishing economic entomology as a science of national value and importance. The Hertfordshire Natural History Society has placed a plaque in her honour at Torrington House.

Eleanor was the first woman to be admitted a Fellow of the Royal Meteorological Society, and the first to be awarded an Honorary Doctor of Laws from the University of Edinburgh.

Her youthful enthusiasm for the natural world is said to have been the inspiration for the heroine in Elizabeth Gaskell’s novel ‘Wives and Daughters’, although the book was first serialised in 1864 when Eleanor was 36 and still little known outside her rather reclusive family.  Some years after her death, Virginia Woolf was inspired to write a short story entitled Miss Ormerod, published in an American magazine, The Dial.

She gave liberally to St Albans’ charities and other public projects in the Abbey parish in which she lived, as well as in St Michael’s, where she attended church. For the final 14 years of her life, she lived on Holywell Hill.

Eleanor is buried with her sister, who predeceased her.

The author thanks the Royal Entomological Society, Chiswell Green, for providing access to Eleanor’s books, which they hold in their library and also to the St Albans Cemeteries department for helping her locate Eleanor’s grave.

This article was originally published in November 2012 in the Herts Advertiser newspaper as the first in a series of articles contributed by SAHAAS members. We are grateful to the newspaper’s editor for his permission to republish the article here.

Click on the following for further information about Eleanor Ormerod