You are here: HomenextSocial historynextWar and Conflict: their impact on St AlbansnextThe Home Front in St Albans during the First World WarnextBig business in St Albans in 1914 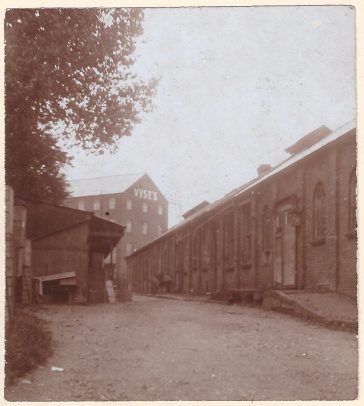 Even though the economy of St Albans was going through a period of rapid diversification in the early 1900s, it comes as a surprise to learn the city was dependent at least in part on industries and trades that harkened back to its long history as a centre for agricultural trade.

Of these the most significant were the straw hat manufacturers, still probably the largest group of employers in the city. Although no longer using local straw, they produced thousands of hats a year, men’s boaters in particular, with much of the production shipped abroad. There are clear signs of confidence among these manufacturers in the pre-war years. For example, Vyse, Sons & Co opened a large factory in Ridgmont Road late in 1909 (See photo). E Day & Co followed suit with an extensive development at their site on Marlborough Road early in 1913.

The agricultural legacy was visible in other ways. The livestock market was still flourishing in front of the Town Hall in St Peters Street. On the outskirts of the city, the flour and provender mills at New Barnes and Kingsbury had experienced recent substantial investment to bring them up to modern standards of production. Although it is not clear if they were using locally-grown barley, the two remaining local breweries sold through more than 50 ‘tied’ public houses and off licences in the area.

In the previous twenty-five years, newly-established industries started to bring much needed diversification. John Freshwater and Edwin Lee & Son were large boot and shoe manufacturers employing around two hundred locals. The printing companies were fast becoming one of the staple trades. Printers such as F. Dangerfield Ltd and R. Taylor Ltd supplied their own niche markets, the former having built modern works behind Alma Road in the mid-1890s, these facilities allowing them to print for marquee customers like the large underground and bus companies that later became part of London Transport. Companies such as Smiths Printing Agency and the Salvation Army Printing Works had set up across the main railway line in the fast-developing Fleetville area.

Other landmark businesses were also established in the city by 1914. Sander’s orchids, Ryder’s seeds, Mercer’s chronometers, Nicholson’s raincoats and Peake’s coats were all famous names with which the city was to be associated for the next 30 years or more.