You are here: HomenextSocial historynextWar and Conflict: their impact on St AlbansnextThe Home Front in St Albans during the First World WarnextHeath Farm Dairy and the St Albans Military Tribunal 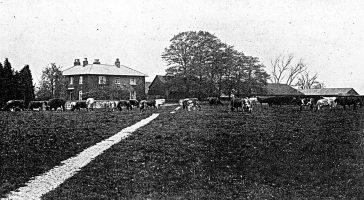 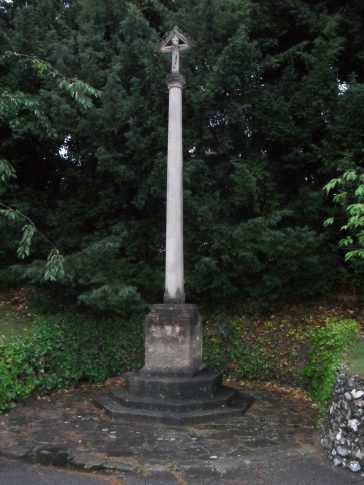 The problems of a small business during the First World War

During the war years Jacob Reynolds ran the extensive Heath Farm dairy business on Bernards Heath. It comprised 320 acres with 60 milking cows and a door-step distribution business with around 2,500 customers. He also had offices and a shop at 10 Chequer Street and in 1917 had the contract to supply ‘all the hospitals in St Albans including Napsbury Military Hospital’.

In 1914 Reynolds’ twelve milkmen had a long shift. They arrived at the farm at 4.30am, starting milking at 5am then left to deliver the milk by 6am. It was then back to the farm to feed the cattle and finish by 4.30pm.

By May 1916 and like many other local businessmen, Reynolds was concerned about his dwindling workforce. Seven of the original twelve milkmen had already left the business, presumably joining up, and Reynolds had replaced them with boys. He had also called back his son-in law, Arthur Martin, from the Front, where he had been doing ambulance work.

When a further three of his men, Arthur Tyler, Robert Sweeting and George Arnold, were called up in May 1916, Reynolds made strenuous efforts before the local St Albans Tribunal and the County Appeal Tribunal to retain them insisting that their work was of national importance and too hard for women and girls to take on even if they could get them.

A Tribunal member, Mr Beal, enlivened the proceedings with ‘Where are you going my pretty maid? I’m going a milking sir she said’, followed by cries of ‘hear, hear’. Mr Reynolds’ response was not reported. The Tribunals were unsympathetic to his arguments and suggested that if people could not get milk delivered they would have to collect it. To encourage them, another of the tribunalists, Mr Edwards recommended Reynolds to ‘offer your customers a penny a quart reduction and they’ll come and fetch it’. All three applications were refused.

Robert Sweeting and George Arnold apparently survived but Arthur Tyler, a gunner with the Royal Garrison Artillery, died of his wounds on 6th July 1917. His name was inscribed on both the City Memorial on St Peters Green and the St Saviours parish memorial in Sandpit Lane.

The Army’s need for men kept growing. Reynolds’ next appeal, on 1st September 1916, was for Arthur Martin himself. On this occasion he managed to convince the Tribunal of Martin’s indispensability so conditional exemption was granted provided that he joined the Volunteer Training Corps – a form of Home Guard – in addition to his Special Constable duties.

The last appeal hearing was on 6th July 1917 for Thomas Quick aged 39, married and previously three times rejected but by now the Army need was great. His appeal was dismissed and he was told to report on the 5th August.

The dairy business continued to thrive after the war in the hands of Jacob’s son, A J Reynolds. It was sold to H C Pullin in 1931 eventually becoming part of Express Dairies. It was still a working dairy into the 1950s.

Thanks to Chris Reynolds for his comments on a draft of this article.