Parish Matters in St Albans in the First World War 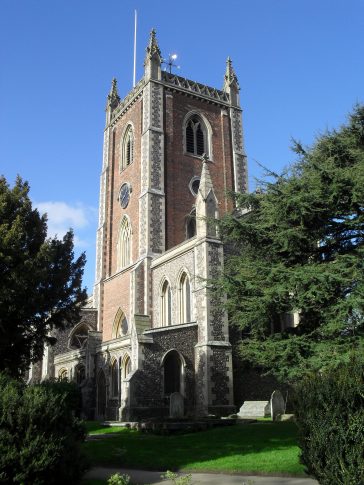 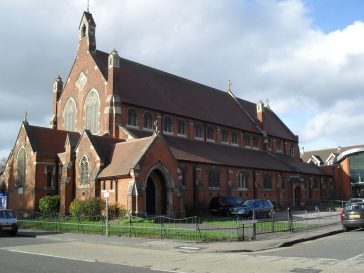 This short study of the parish magazines of St Peters church and St Pauls church explores how St Albans faced the war on the home front.  We show how two local clergymen not only led on spiritual matters but also gave their views on the affairs of the town.

Around 7,000 soldiers were based in St Albans, at least for the first few years of the war, and men were billeted in any spare rooms.  The vicar of St Peters, the Reverend W.E.Chadwick recognised that his parishioners were busy, but urged his flock to find the time to attend services.  Hence he said in his March 1915 parish letter, ”I know how difficult it is for some of you, with troops billeted in your homes, to come to church, but I would like to ask you…”.  The vicar of St Pauls, the Reverend A.J. Barff took a different angle on billeting.  Households were paid to accommodate soldiers so the Mr Barff suggested to his parishioners that they contribute some of their billeting money to pay for their newly built church.

St Peters was a large, long established parish with its church in the heart of the city.  There were many pubs in the area and the vicar, being a former temperance worker, was sorely tried.  He said, “Night after night, the public houses are just as full as ever, and those who have the power to shorten the hours during which they are open apparently make no effort to do this.”  He railed against the drunkenness of troops who were about to leave for France having been treated to drinks by their friends down from London, and he wrote in the July 1915 parish magazine that it should be a legal offence to offer alcohol to a man in uniform.

As there were only a couple of pubs in St Pauls parish in Fleetville at this time, it was not drink but food that concerned Mr Barff at St Pauls. Food shortages and rationing became likely as the war progressed and he offered a kind of matching service to put people who needed their allotments dug, while their husband was away fighting, in touch with would-be diggers.  He arranged outdoor street services and processions which included detours to the allotments to bless them.  Food waste, he said, should be a criminal offence.

Continuing on the theme of waste, Mr Barff was supportive of communal kitchens, but when the Board of Trade suggested in October 1918 that evening church services should be stopped to save fuel, he retorted that everybody should come to church in the evening, switching off their lights and banking up their fires at home, and thus making an even greater saving of power!

Both parishes saw an increase in church attendance as the war went on.  The clergy had to make changes; church windows were blacked out and evening services held earlier, cancelled or held on the night of a full moon, so that people could see their way in safety.  For the first time, airborne attacks were a possibility and parish councils had to consider sand buckets in case of fire, insurance against aircraft damage and what to do in the event of an attack during a service.

The clergy were busier than ever, visiting the sick and bereaved, and in the case of St Peters, extending their pastoral care to 1,600 wounded soldiers at the Middlesex War Hospital, based in the former Napsbury Asylum.  In his parish letter for St Peters, Mr Chadwick asked for books and magazines to cheer the soldiers, and fresh eggs for the desperate cases.  But on a lighter note, picture the vicar of St Pauls, Mr Barff cycling around the streets of Fleetville in the rain, visiting the sick.  As the weather brightened, he left his waterproof cycling cape in one home or another.  He asked in his parish magazine, had anybody seen it?