You are here: HomenextWebsite documentsnextWhat's in a name? The street memorials of the Abbey parish, St Albans 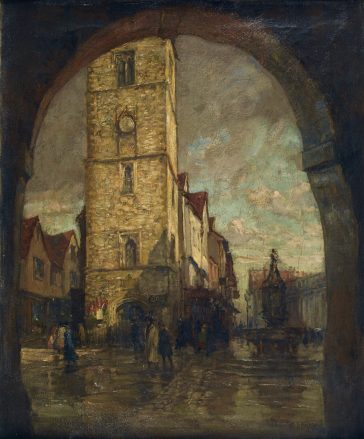 Judging by commentaries on the web and in print, there is confusion about their origins. Some historians claim they were erected as part of a general ‘street shrine’ (sometimes ‘war shrine’) movement which gained substantial support across the country during the war itself.

However, for reasons of chronology, construction and purpose, the nine local street memorials are evidently not street shrines. For starters, typically made from wood, shrines were temporary in nature. Also they were generally only erected during the 1916-18 period. Moreover, they listed the names of men from a street then serving in the armed forces. When one of the men was killed, a mark (such as ‘RIP’ or a cross) was made against his name to record the fact. In this way shrines were intended to provide support for both the anxious and the bereaved.

Interestingly – and confusingly – there had been shrines in the Abbey parish. Eighteen were dedicated by clergy from St Albans Cathedral in 1916/17 as part of a programme of mission work. (See the image of the shrine on the Clock Tower). All were taken down after the war, the new street memorials providing support for the bereaved instead