The establishment of schools for working people in St Albans’ parishes 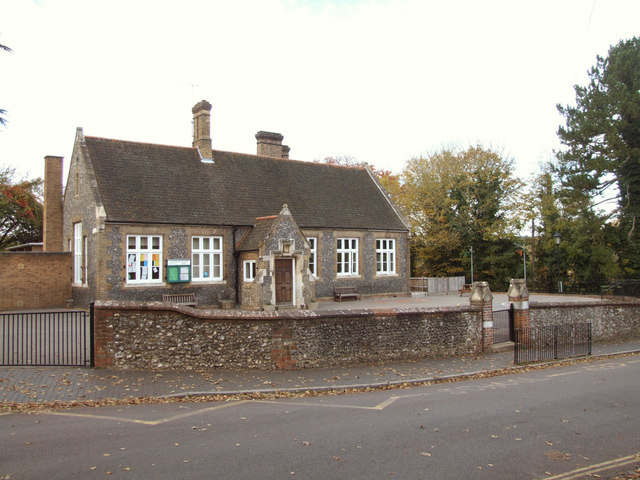 Education was an important feature of life in St Albans from monastic times and continued to be so following the dissolution of the monastery with establishment of the Grammar School under King Edward VI.

However, despite the existence of a variety of charity schools and privately run competitors for the Grammar School, education for the children of working people only became universally available in the 19th century, and possibly later here in St Albans than in some other parts of the country.

By 1802 recognition of the need to provide for the morals and welfare of apprentices, particularly those apprenticed by their parishes, led to the passing of The Health and Morals of Apprentices Act 1802 (42 Geo III c. 73) which required the provision of some education for the children. This was aimed most particularly at apprentices in cotton mills, which were developing rapidly, especially in the North West, but one such also existed in St Albans, complete with its Sunday School.

There was an awareness of the importance of education for all, which was even reflected in Royal support for the initiative of Joseph Lancaster in 1798 to establish a school which offered education to all, regardless of religious denomination, at no cost. This he achieved by the monitorial system, whereby older children drilled the younger ones by rote.

In 1808 Lancaster’s work led to the formation of the Society for Promoting the Lancasterian System for the Education of the Poor and what were later known as British schools began to appear all over the country. In due course, with the support of the town’s dissenting community, a British School was established in St Albans, and Janet Ouston has written more about this.

Perhaps because of the number of charitable and commercial establishments already existing in St Albans, only in 1834 was there a move to establish such schools here. In that year a memorial was received by the Mayor and Corporation in St Albans from the ministers, parish officers and several inhabitants of the Abbey parish, St Peter’s and St Michael’s, urging the necessity of the foundation of a National School in the town and asking the Corporation for the grant of wasteland on Romeland Hill for the erection of a schoolroom. The timing coincided with Parliament’s agreement to Lord Althorp’s proposal for a grant of £20,000 a year for new school buildings to each of the two societies. The Corporation promised the land if the promoters could show that the school would be permanently maintained.

For whatever reason, this did not happen but in each parish such a National School was eventually established, whilst the town’s dissenting community supported a British School, firmly committed to education of a secular nature.

The initiative to provide one close to the Abbey church on Romeland on Corporation land having failed, the vicar at St Peter’s, Revd William Crawley Leach, newly arrived in November 1833, turned his attention to something more local to his own parish, St Peter’s – a school for St Peter’s parish with support from the National Society.

Revd Leach immediately applied to the National Society for funding for the building, describing his target site and backing up his application with the statement that if the Earl would not grant him the land, the churchyard itself was quite large enough for the purpose, and he would consider using part of it instead.

Leach’s application was successful and in June 1836 the legal fees of £11.15.10 for the land transfer to the parish was paid. The urgency of the case in St Peter’s would be emphasised by the rapid growth of this part of the town then but Leach’s enthusiasm must be credited too. The schoolroom was apparently well used and St Peter’s Churchwardens’ Accounts for 1843 show a payment of one shilling paid for cleaning the schoolroom after the making of Christmas wreaths and a report of a public meeting there to discuss the Annual Fairs in the town appeared in the newspapers in 1845.

Cock Lane had become part of the Reading to Hatfield Turnpike in 1770, so, although it was still narrower than today, it was a busy road. The 1878 Ordnance Survey for the first of its maps of St Albans show the original school building close to the road as it was then.

Marianne Taylor was described as schoolmistress on Cock Lane in the 1841 census, so she was perhaps the first teacher. By 1851 George Ivory was in post with his sister as school mistress and his mother living with them, presumably in the school building.

At St Michael’s a Sunday school was opened in 1840 in what remained of its workhouse building. As a rural parish, children there were needed on weekdays for work on the farms. Their purpose-built school, still there today, was built only after 1850.  Kate Morris alludes to the parish school in St Michael’s in St Michael’s Village; from rural settlement to residential suburb, 1700–1930 published by the Society in 2022.

Only shortly after St Michael’s, in the 1840s, the Abbey parish established its own school in Spicer Street and this is the subject of a book by Alice Goodman which the Society published in 1991. The school moved to its present location in the 20th century. In St Stephen’s parish, though a school was provided in its daughter parish at Frogmore, no National School existed until land was provided by the Wilshere family on the St Julian’s estate on Watford Road in the 1870s.

The Abbey and St Michael’s parish schools continue as Voluntary Aided Church of England schools today. St Stephen’s failed for lack of pupils in the area in the 20th century and that at St Peter’s became first a Board School and then a primary school for the Local Education Authority.

St Peter’s National School as a Board School

Following the establishment of the St Albans School Board soon after the passing of the Elementary Education Act of 1870, there was a focus on the provision of education in St Peter’s parish where the population growth was most acute in the town. In 1878, Revd Horatio Nelson Dudding, vicar at St Peter’s at the time, turned the St Peter’s National School over to the Board and not long later the town’s British School, run, from 1846, in a building on Spencer Street, was amalgamated with it. The Local Education Authority subsequently purchased the freehold to the site, ending any rights of the parish.

Almost immediately on the Board’s taking over the school on Hatfield Road, it was outgrown by the number of children attending. A new building was planned with Samuel Flint Clarkson as architect. His school opened in 1881.

By 1891 the Hatfield Road Board School was educating 350 boys under John Roe as Master. Clarkson’s school stood until the 1969, when the Pemberton JMI School then occupying the building was removed to become Maple School on Hall Place Gardens.

The site was then redeveloped together with the neighbouring site for a new Art School, badly needed in the town. Not all of Clarkson’s Board School was demolished, a part which provided good North facing light, being valued for art purposes. This remaining part was demolished in 2016, to provide a larger playground for the Alban City School, which by then occupied the site.