You are here: HomenextSocial historynextPeople of St AlbansnextWilliam Dobson - from a St Albans childhood to the King's painter

William Dobson - from a St Albans childhood to the King's painter 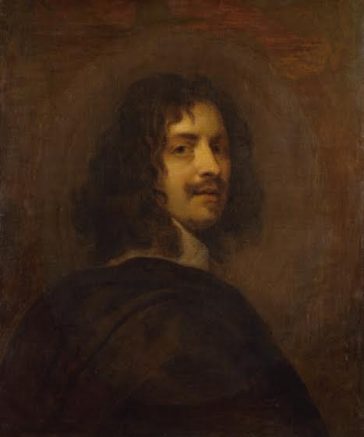 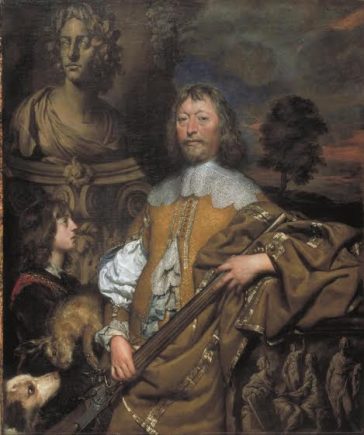 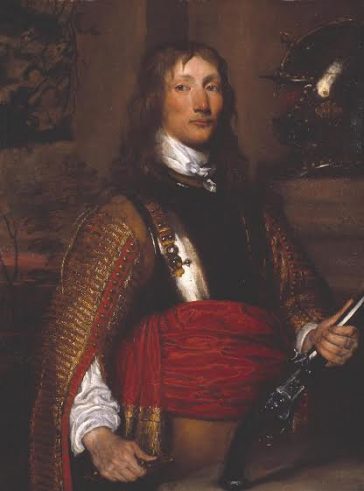 ‘The most excellent painter that England has yet bred’

Serendipity … a frequent phenomenon in the process of historical research. And so it was that, when our esteemed Newsletter editor [Jon Mein] was trawling the internet for an illustration, he came across artist William Dobson, (1611-1646) whose father was described as a ‘St Albans gentleman’. In his Brief Lives, John Aubrey wrote of this artist as “the most excellent painter that England has yet bred”. Sometime later in 1953, Ellis Waterhouse, a prominent art historian, described him as “the most distinguished purely British painter before Hogarth”.

What evidence is there for the family’s link to St Albans? In over 20 years of researching St Albans in the 17th century, I had not heard of the artist. Yes, we do have a Mr William Dobson in our database living in St Peter’s Street in the early years of the century who it appears was the father of this renowned portrait painter. It is documented that William’s extended family were of a high status and well-connected; his father was most likely a lawyer trained at Gray’s Inn. That the family chose to live in St Albans can be seen as the precursor to the findings of Kate Morris in studying what she terms the ‘gentry town’ of St Albans in the 18th century when successful professional people from London chose to bring their families to live in the ‘country’.

From a deed of 1627, the location of Dobson’s property in St Peter’s Street can be determined as being close to the Flesh or Butchers Shambles. These were located in the Market Place between what is now W.H. Smith’s and the new museum. In 1612 Dobson, together with Mr Roger Pemberton and Mr John Ellis, was presented for having put posts or rails in front of his house. Our research shows that these men were all men of substance.

A scholar at St Albans School

The Dobson family tree compiled by the Society’s 17th Century Research Group shows a baptism of Frances in St Peter’s, daughter of William Dobson, in 1609. There is then a gap until 1614 when five more children were baptised at St Peter’s in the ten years from 1614. We now know that two siblings were baptised in St Andrew’s, Holborn: Martha in 1608 and William in 1611. Research in the St Albans School archives also suggests that William (junior) attended the school in years prior to 1627 when Mistress Dobson, by now a widow, was paying fees for two sons. William’s mother died in 1643 leaving a very detailed will which listed all her children with bequests of clothing and household goods and cash ranging from 20 shillings to £60.

The property in St Albans was left to her daughter, Marie, for the term of seven years after her decease. At the end of the seven years it was to go to her son William but he had died in 1643. So what happened to the property? His brother, John, may have settled in the town as two of his children were baptised in 1641 and 1645 in the Abbey.

The useful connections of William’s father

Francis Bacon commissioned the building of Verulam House on his estate (later the Gorhambury Estate) in 1617. According to John Aubrey, William Dobson’s father, William senior, was Bacon’s assistant in the design and building of the house and “a very ingenious man”.

A variety of suggestions have been made as to the elder Dobson’s actual role in this work. I support that of historian, R. F. Jones, who believes that, as a trained lawyer, he would most likely be an agent or overseer for the project and this is borne out by the extant report that on 17 August 1618 the Gorhambury estate paid Dobson “to discharge arrears of workmen’s bills left unpaid”. This surely implies that Dobson was trusted with Bacon’s money and management of workers. The connection with Francis Bacon and the design of the new home may have influenced the future of young William.

The young William was apprenticed to William Peake, a stationer and picture dealer in Holborn Bridge, and it was during this apprenticeship that he began to copy pictures of great artists. He also took advice from Francis Cleyn, a German artist of considerable repute operating at the time as chief designer at the Mortlake tapestry work.

William has been described as “unconnected and ordinary” but Jones has carried out extensive research into his family connections and found many of them to be of high status, wealthy and, in some cases, powerful. Very little documentary evidence has survived which could enlighten us about the artist’s life from apprenticeship to the time he lived in Oxford during the Civil War but some 60 paintings have survived and many are on display and available for public viewing.

The description by the National Portrait Gallery portrays him as Principal Painter to the King whilst the Royal Court was exiled to Oxford. Jones has found no documentary evidence for this. But circumstantial evidence provides grounds for assuming he may have taken over from Van Dyck who died in 1642/43.

Dobson’s presence in Oxford at this time, coupled with the fact that the subjects of the majority of the paintings were Royalists with some scenes from the Civil War makes a very strong case for his being the ‘King’s Painter’. In Wikipedia’s article about him, 13 paintings are illustrated: a self portrait and one which is thought to be of his second wife, Judith. Others were members of the royal household or were civil war patriots of the king, such as Sir Richard Fanshaw, Edwarde Hyde and Sir Edward Dering. Abraham van de Doort, Surveyor of the King’s Pictures, and Nicholas Lanier, Master of the King’s Music, were also subjects of his portraits. These can be found in various British galleries and beyond.

A fully referenced version of this article will be available in the Society’s Library in due course.