Pioneering the use of aerial photography in archaeology

During the First World War, aircraft photographs were taken over the Western Front. The archaeologist Osbert G S Crawford, who had excavated in the Sudan and had been a member of the Royal Flying Corps, became an advocate of using aerial photography to reconnoitre archaeological sites.

The Society’s President in his 1929 Report recorded the Society’s gratitude to William Page and OGS Crawford for arranging air photography by the Air Ministry over Verulamium:

11 air photographs of the site of Verulamium were taken for the Society. These have been enlarged and show lines of roads and buildings that are now below the surface; they will be of great assistance in planning excavations.

Mortimer Wheeler was an admirer of Crawford’s work and no doubt used the photographs before starting the excavations at Verulamium. 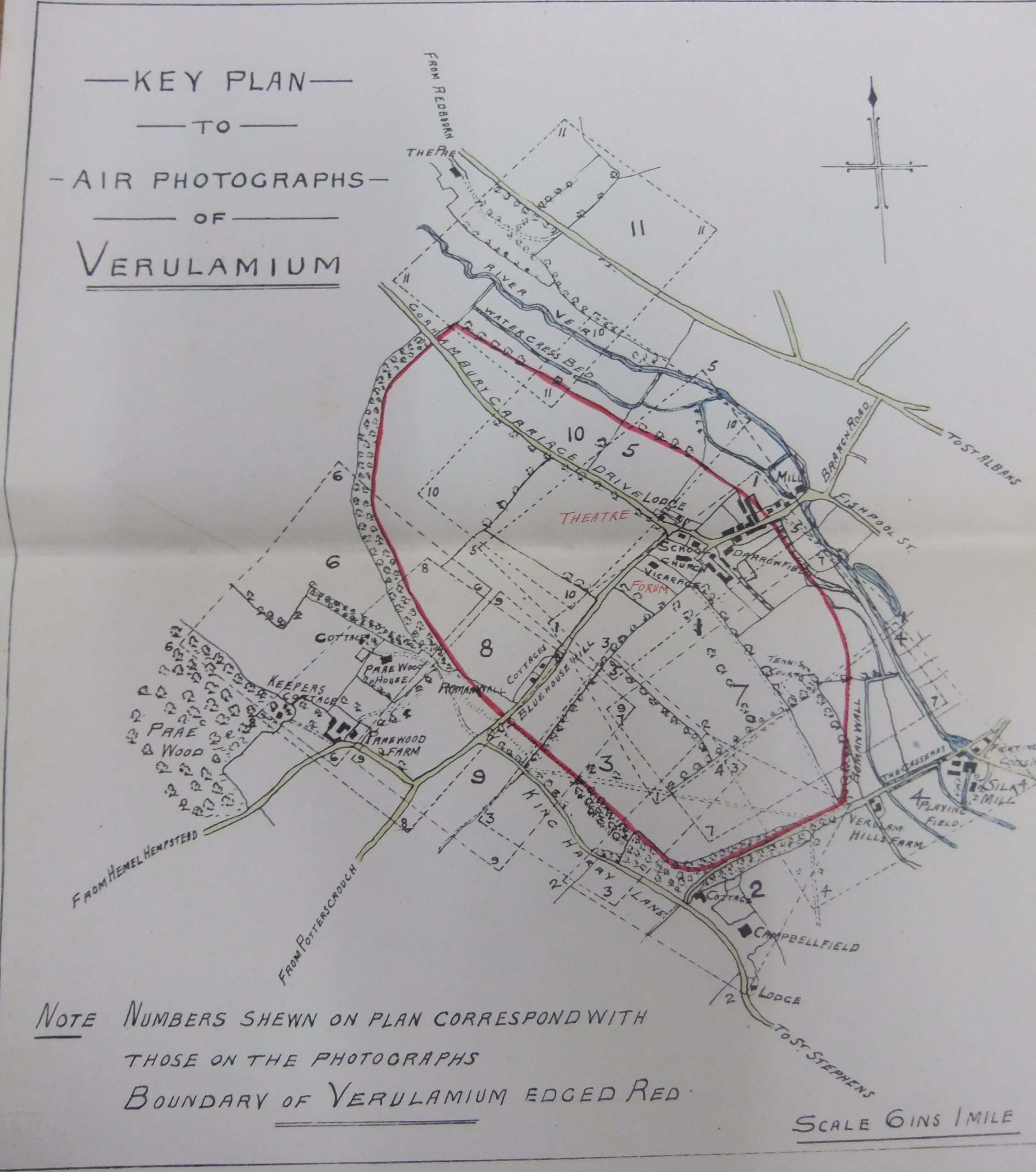 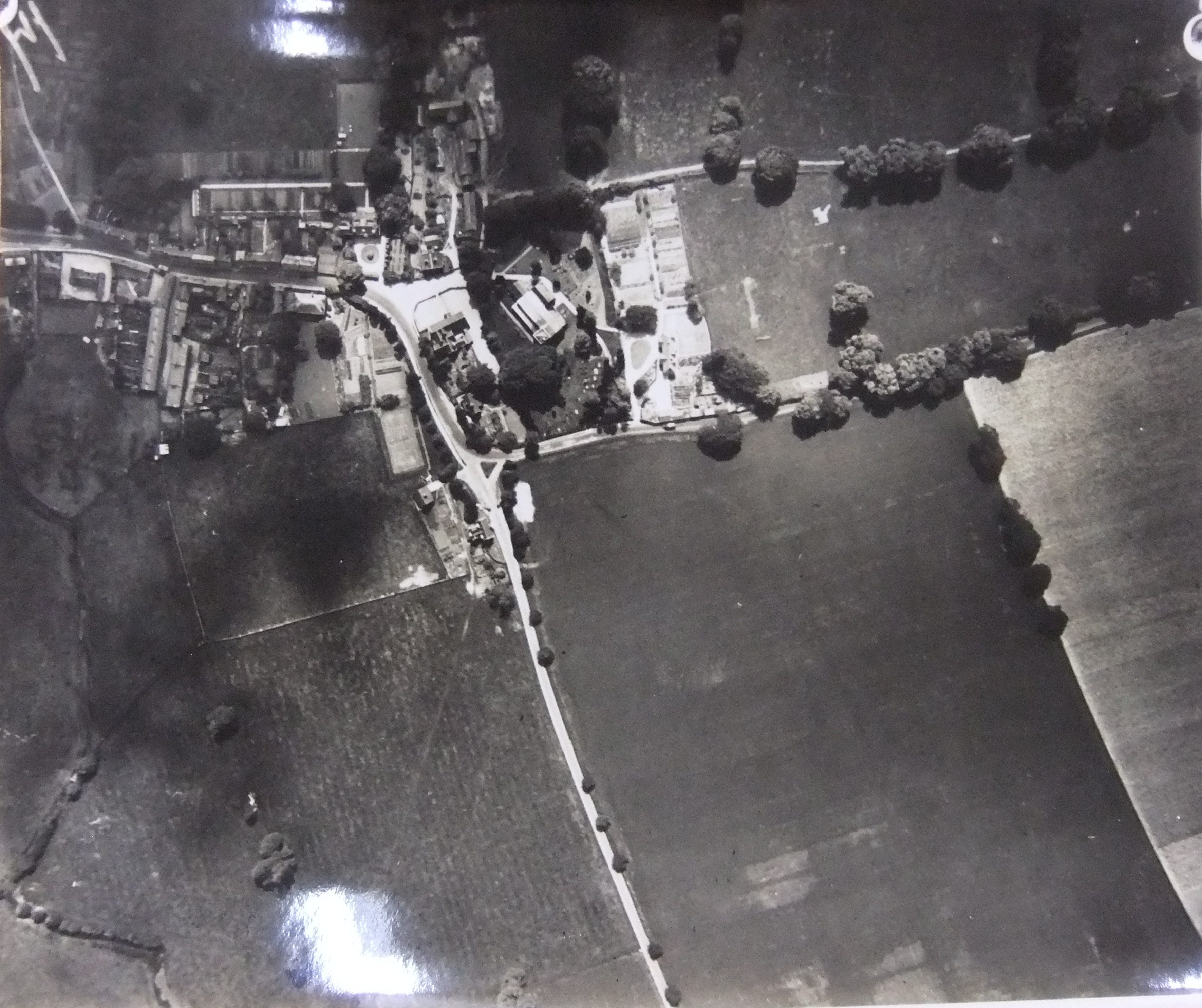 To the right of Gorhambury Drive (above) running parallel is a field boundary with a clump of trees at the top. The rectangular structure to the left of the trees is a temple (known as Insula XVI).

To its left, hardly distinguishable because of it being thoroughly covered over again, is the theatre. The area at the bottom below the theatre with two parallel light blocks is Insula XXXIV, described by Rosalind Niblett (a leading local archaeologist) as a large courtyard building or hall of unknown purpose. 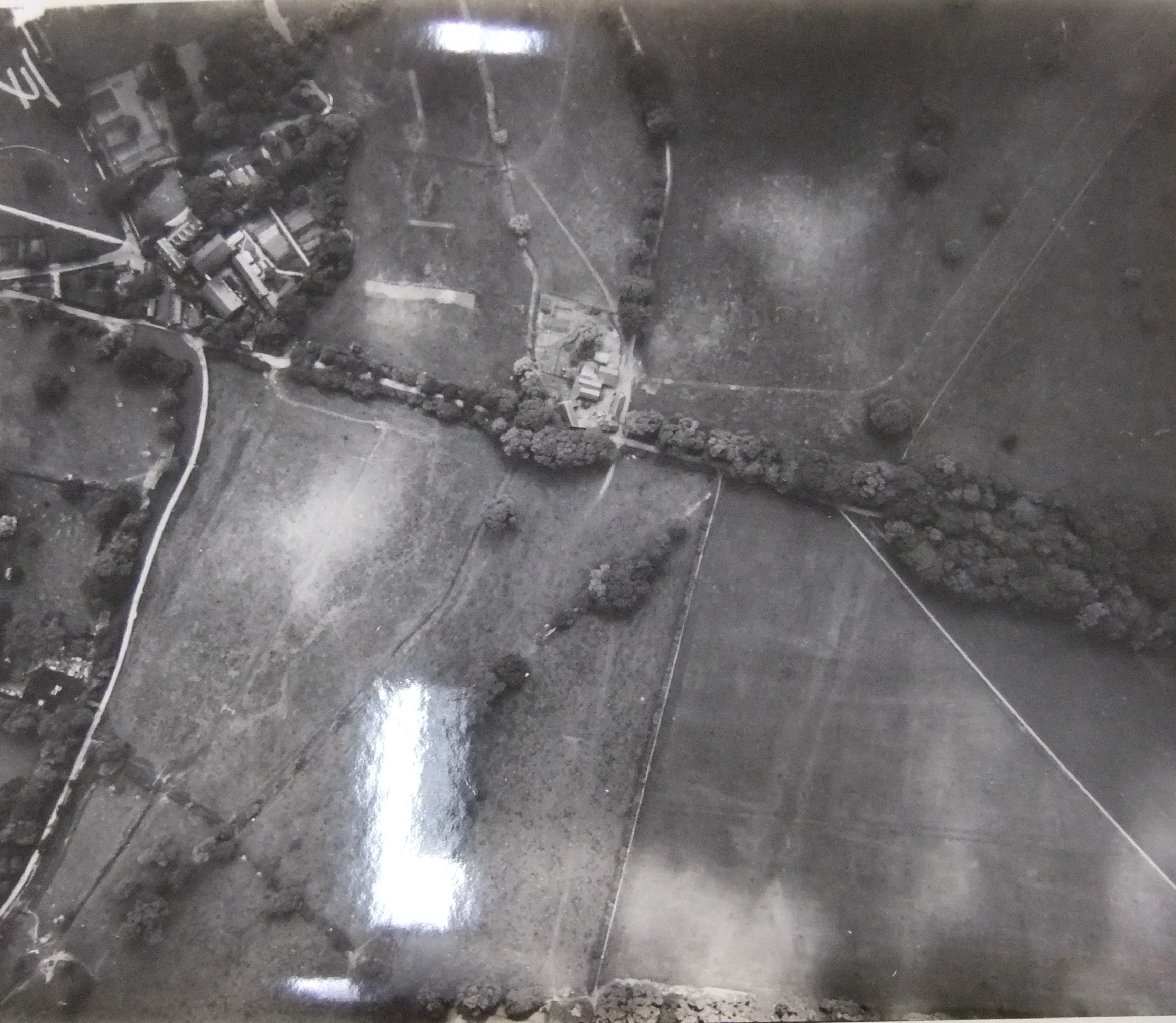 The building at the top left is the silk mill, the building to its right is Verulam Hills farm.

The grey vertical line to the south of the straight white diagonal on the right hand side of the shot is Watling Street and coming off it to left and right are roads for the Roman town. This is one of the areas excavated by the Wheelers.