You are here: HomenextArchaeologynextThe Roman city of VerulamiumnextVerulamium and its Museum

Verulamium and its Museum 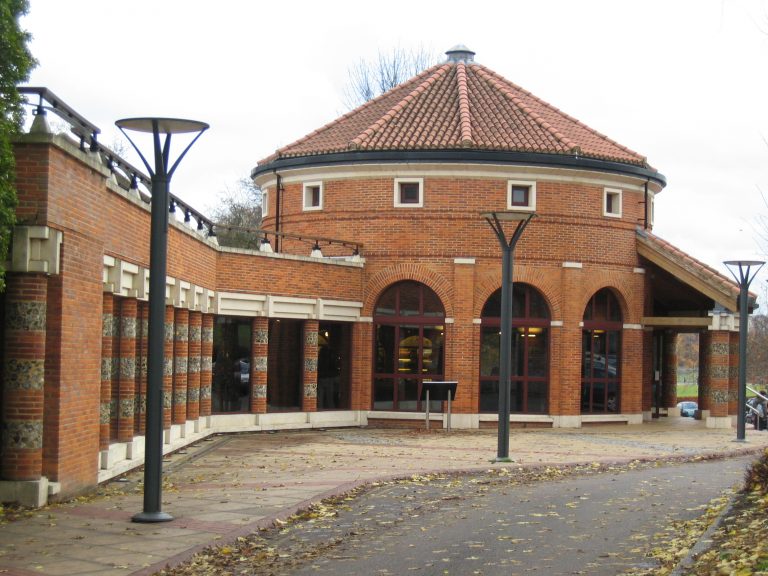 The local council acquires a large part of Verulamium

Part of Verulamium, including the theatre (open to the public) lies within Gorhambury estate, the property of the Earl of Verulam. In 1854, the Earl bought much of the remaining part of the Roman city. In 1929, the Corporation of St Albans bought the area to the south east of Bluehouse Hill for the construction of a public park, partly in order to create work for local men rendered unemployed by the Recession (1).

In an article for the Society’s 1930 Transactions, Tessa Wheeler FSA noted that the Society played an early and pivotal part in ensuring that work to develop a recreational park did not destroy the irreplaceable archaeological record of Verulamium:

The Corporation, however, were fully alive to the historical and archaeological value of the site they had acquired… Before entering upon any action with regard to the new park scheme, they approached the Society of Antiquaries for advice and collaboration; and from the subsequent meeting of delegates from that Society, from the Corporation and from the St. Albans and Hertfordshire Architectural and Archaeological Society, sprang the Verulamium Excavation Committee …

This led to a five-year programme of excavations, during which many spectacular finds were made. (One of these, a Roman villa with well-preserved mosaic flooring and a hypocaust (heating) system, can be seen in the Park today.) The excavation took place under the control of the then Dr Mortimer Wheeler, Director of the London Museum, and his wife Tessa Wheeler, who played a key role in directing day-to-day operations.

At the same time, Dr Kathleen Kenyon carried out a complete investigation of Verulamium’s Roman theatre. Further investigations of Verulamium took place after the war, starting with a season led by Dr Wheeler, and continuing with excavations led by the Society, and subsequently by Professor Shepherd Frere.

The Wheeler’s excavations of Verulamium and the artefacts brought to light generated immense public interest, and helped to establish the case for a dedicated museum. The museum first opened its doors in 1939, housing many of the artefacts discovered during the excavations  carried out by Mortimer and Tessa Wheeler. A contemporary article published by the Society describes the then museum (whose original premises are adjacent to the current museum), as well as photographs and descriptions of many of the archaeological finds. A subsequent article, published by the Society in 1961, provides a brief update on planned extensions to the museum, and smaller-scale excavations carried out in the 1950s.

Since then, the museum has been completely redeveloped, and offers an imaginative view of life in Roman Verulamium, drawing on the objects found in archaeological excavations. The museum is open from 10am to 5pm from Monday to Saturday, and 2pm to 5pm on Sunday.