You are here: HomenextOur SocietynextUpdates from the Societynext‘Verulamium: the life and death of a Roman city’: A Review

‘Verulamium: the life and death of a Roman city’: A Review 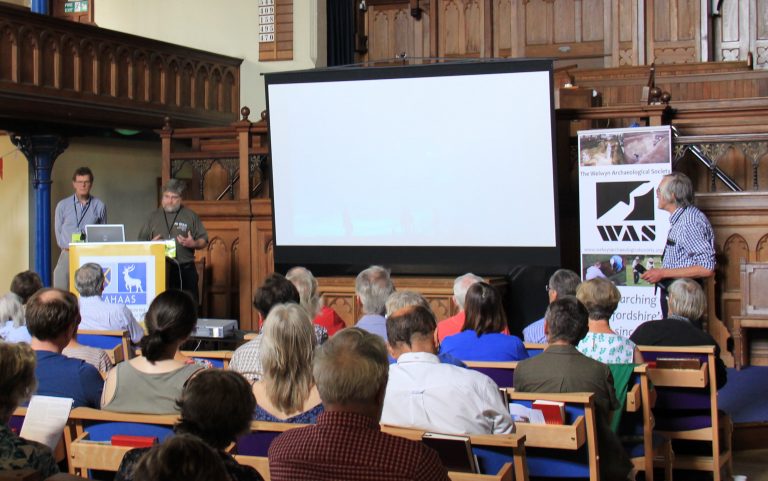 Congratulations to everyone for the conference on late Roman Verulamium, for putting together such an interesting and informative day. The trend was to look both backwards and forwards. ‘Backwards’ was to the excavation campaigns of Wheeler and Frere, and the central role played by the town in Richard Reece’s seminal 1980 work using Roman coinage. The park and the museum have also long been the place where many people have been introduced to ‘Roman Britain’, and the best example of a Roman town against which others are judged. Dave Thorold showed images from a photo album illustrating 80 years of the museum, from wooden hut to plans for the future.

But Verulamium is also a Scheduled Monument, a designation which provides protection but can often mean a barrier to the acquisition of new data, and the testing of new ideas. Commercial archaeology has transformed our knowledge base, with the result that what we know about Scheduled sites have not kept up.

So Kris Lockyear began the day with the Community Archaeology Geophysics Group’s sustained and ongoing campaign of high-tech geophysics which now covers the entire area within the walls, as well as the Fosse and parts of the Gorhambury estate. The view that late Verulamium was comparatively empty, with gardens and open spaces, has been superseded as many parts are now seen to be much more crowded. But other parts within the city walls really were emptier, especially at the western end, and around the newly identified aqueduct.

The end of Verulamium?

Dating these buildings, of course, is not possible from geophysics, and argument over the ‘death’ of the Roman city tends to polarise archaeologists. There are those who try to explain away Frere’s early 5th century date for structures in one of his trenches, but they fail to take account of many other pointers to continuation of life here, which, as Ros Niblett showed, contracted to the original centre around the forum-basilica and along Watling Street and the Colchester road. Large 5th century cemeteries also imply continuation of a central role.

Clues to this period are scattered and small-scale, but persistent. Recent excavation at St Michael’s School (James Fairbairn, Oxford Archaeology East) revealed, as well as the portico of the forum-basilica, possibly post-Roman repairs to the road outside. Even our old standby, the date AD 410 for the official ‘end’ of Roman Britain, may be irrelevant; it is becoming mainstream to think that the Latin source for this date (the ‘Honorius Rescript’) refers to a town in southern Italy.

And archaeological detail is shedding more light on what was happening here. Simon West pointed out that 6th century Byzantine coins in the area belong to national evidence of trade with the Mediterranean, and Saxon references to Verlamchester show that even the town’s name was remembered. 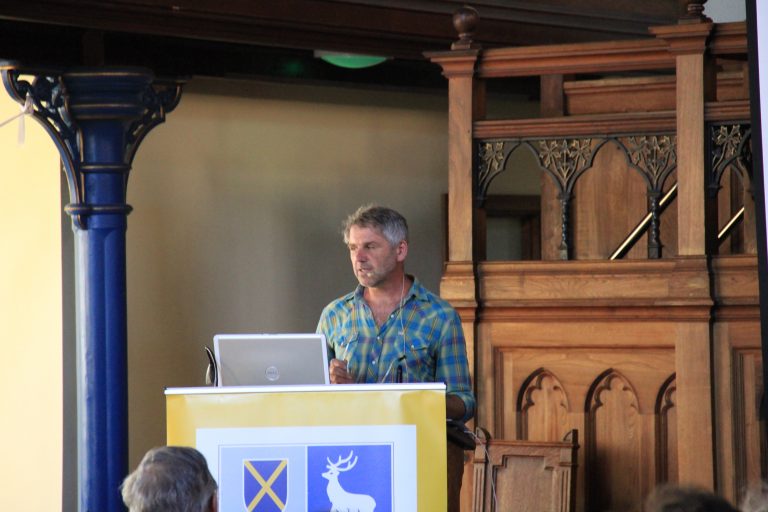 Changing relationships between town and country

Andrew Gardner and Andrew Reynolds, from UCL, both argued that ‘Roman Britain’ was never a single entity, with Verulamium as the prime example of a ‘Roman town’; and those who lived in Roman towns were only a small percentage of the population. So although late Verulamium’s population seems to have declined, this is only part of a long process of change which began in the 3rd century and went on at least until the appearance of the first ‘Saxon’ burials in the mid 7th century. The reasons are likely to be very complex, involving a changing relationship between town and countryside, and the function of local assemblies throughout this period.

Roman towns each had their own complex identities and histories. Will Bowden contrasted Verulamium with Caistor-by-Norwich (Venta Icenorum), where recent work has transformed understanding but has a very different history. Both places reflect local responses to Roman urbanism, based on underlying late Iron Age mindsets. How much more interesting than the old view that ‘the Romans’ left and Britain was plunged into the ‘Dark Ages’. 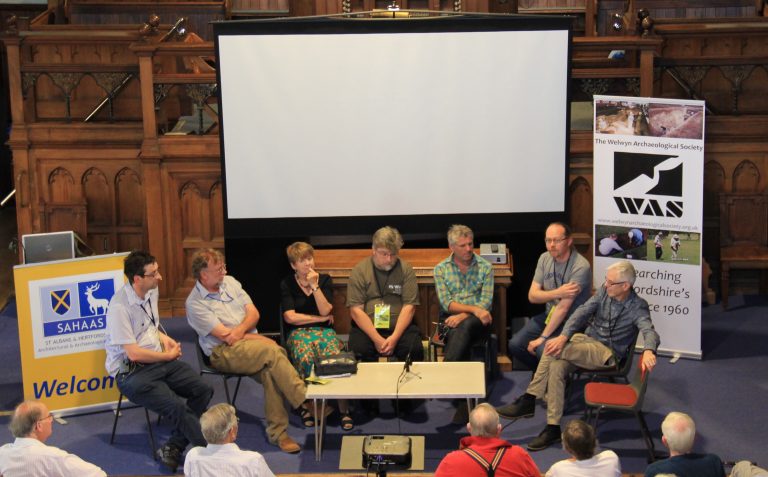