You are here: HomenextBuildingsnextThe buildings of St Albans: a city of infinite variety

The buildings of St Albans: a city of infinite variety 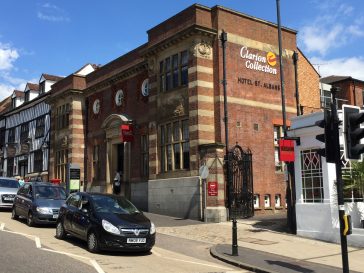 zoom
Hotel St Albans, formerly the offices of Samuel Ryder, with the White Hart Hotel in the background
Peter Bourton 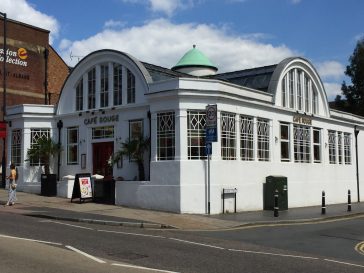 For those wanting to study a town with buildings of various vintages, St Albans is a most suitable location. In the city’s medieval core 16th-century cottages sit cheek by jowl with Georgian mansions alongside Arts and Crafts-inspired Edwardian villas. This variety can be seen in microcosm in Fishpool Street, described in the recently revised edition of Pevsner’s Hertfordshire as being ‘as delightful a street to walk along as one could hope to find’.

What remains is a combination of accidents of history and modern planning. One of the reasons so much has survived is that the Industrial Revolution largely by-passed the town. What production facilities were needed could be accommodated in buildings that had recently lost their purpose. For example, several of the many inn yards were redeployed as maltings in the 18th century and others later in the 19th as straw hat warehouses. When St Albans finally, in the 1880s, started to attract modern businessmen such as clothing manufacturers and printers, they developed their factories in green fields beyond the medieval core. That they did not rip out the old and replace with the new means ensured that former business premises remained and still remain largely intact – at least from the outside.

Compared with their secular neighbours the architecture of four of the most dominant buildings in the city, the Abbey and three early-medieval parish churches of ss Michael’s, Peter’s and Stephen’s, are in some ways disappointing. All of them experienced – some would say suffered – Victorian improvement at the hands of Lord Grimthorpe and Sir George Gilbert Scott. Both architects carried out essential work to increasingly decrepit and dangerous fabric that ensured the churches remain important places of worship today.

Whether the architectural losses they inflicted on the buildings in their care needed to be so thorough remains a huge matter of contention over 120 years later. In particular, Grimthorpe’s work on the Abbey added further fuel to the national debate about building preservation. These issues had been live in St Albans for many years: this Society was formed in 1845 to help save the Abbey from further dilapidation and then initiated the campaign c.1860 to stop the Borough Corporation demolishing the iconic Clock Tower. More recently, the St Albans Civic Society has picked up the cudgels now acting as ‘the City’s Watchdogs’ in planning matters.