The restoration of the Amphibalus shrine 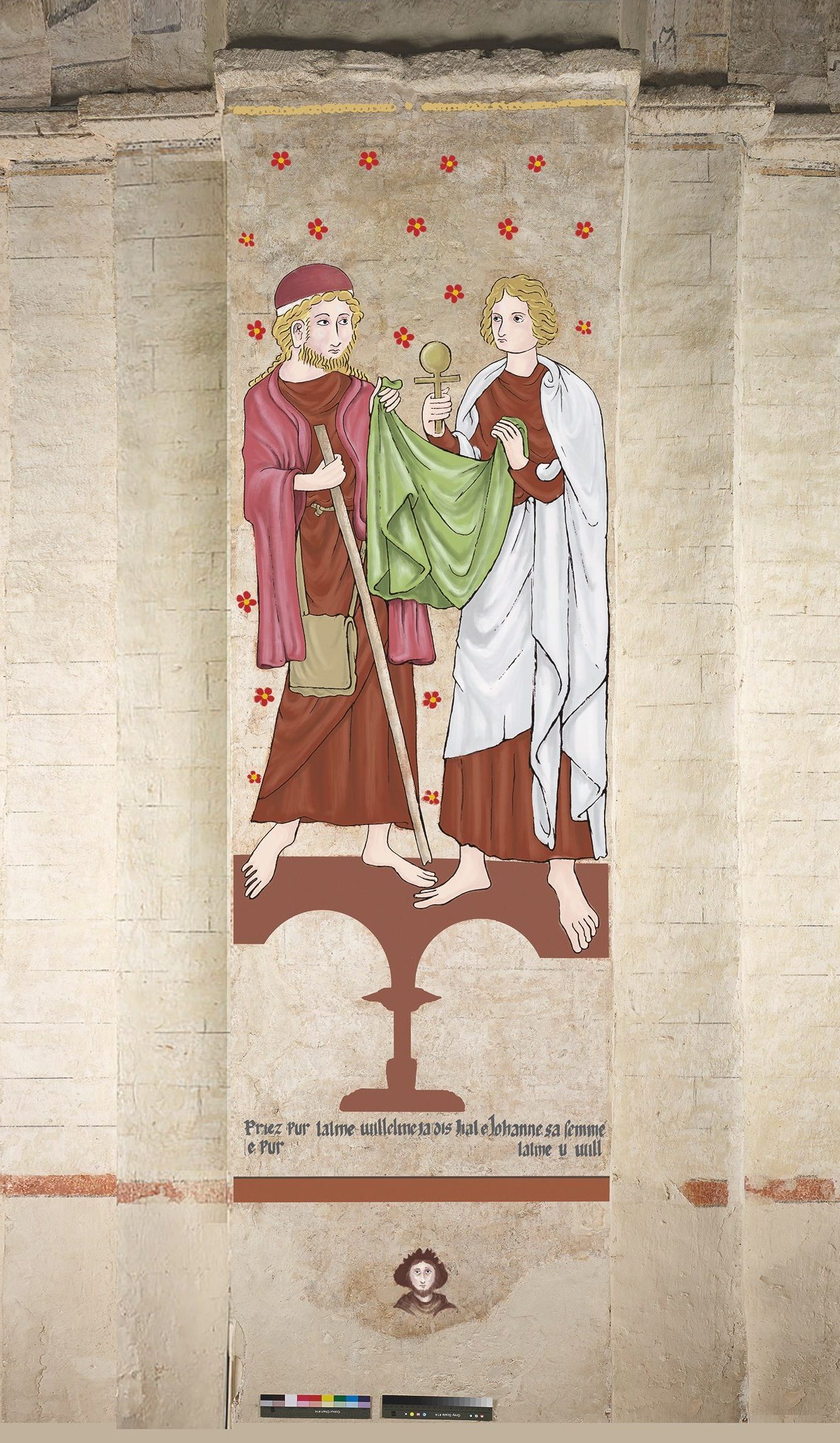 “Without Amphibalus, there would be no St Alban”. This statement has been at the heart of the restoration project.

Around 300 AD an un-named Christian cleric, fleeing persecution, was given refuge in Roman Verulamium by a man called Alban. Alban was so impressed with the cleric’s teaching and prayerful life that he converted to Christianity. When the Roman soldiers came searching out Christians Alban exchanged cloaks with the cleric and gave himself up to the authorities. Refusing to go back to worshipping the Roman Gods and Emperor meant the death sentence for Alban and he was executed somewhere near where our glorious cathedral stands today.

What happened to the cleric? Very little is known about this man. It is believed he escaped (wearing Alban’s cloak) and journeyed to Wales to carry on converting and baptising the population into Christianity. The evidence is sparse, a few words written by Bede and later expanded by William, a monk at St Albans. The story tells us that the cleric at some point was forced back to Verulamium in chains where he was executed in a particularly gruesome manner. Some 400 years after the first written account, in 1135, the cleric was given a name by Geoffrey of Monmouth who opted for a Greek word, Amphibalus, relating back to the cloak exchanged by the two men.

A supposed grave of Amphibalus was discovered in the late 1170s at Redbourn, and the installation of the bones into the abbey church is recorded in The Deeds of the Abbots. This gives us a description of a beautifully decorated shrine with scenes from the life of St Amphibalus which was near the high altar. Later the shrine was moved to be near the large wall painting of the two Saints which shows their parting. It can still be seen today and is one of the four reimagined using light projection.

The dissolution of the monastery in 1539 led to both the shrines being smashed and used as infill to build the walls separating the Lady Chapel from the abbey church. Not until the late 1800s when the walls came down was the fate of the shrines known. The stones were recovered and the Alban shrine was restored by casting missing pieces in resin. The Amphibalus shrine did not do so well. Over 55 per cent of the stone was lost, mostly of the middle area. The Victorians decided to support what remained using house bricks. By the early 1900s the shrine was moved to a dark corner of the north ambulatory aisle and largely ignored. 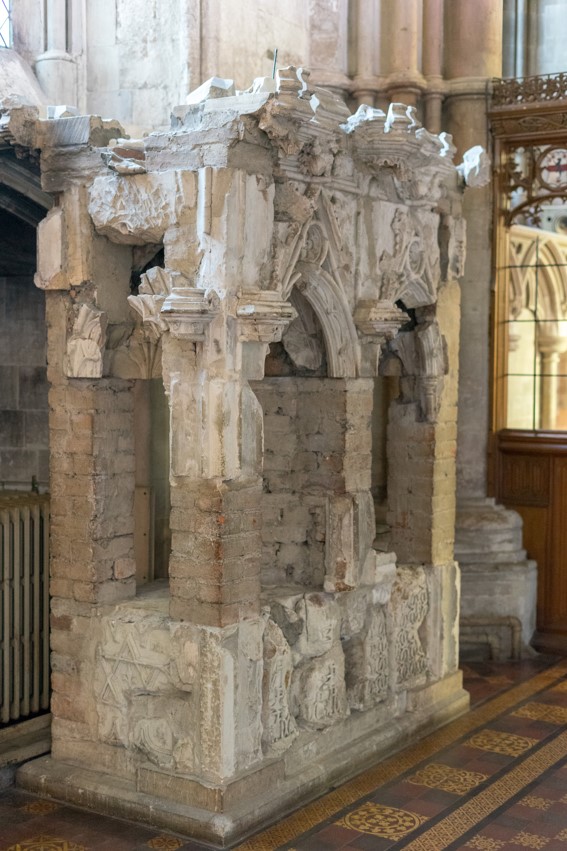 The Victorian ‘restoration’ of the shrine to Amphibalus (Copyright Julia Low)

The restoration of the shrine became a central part of the ‘Alban, Britain’s First Saint’ project. The first task was to find out, and record, what existed from the original stone and then plan the restoration works, whilst also finding a new location for the completed piece. It was obvious that it could not go back in position in the retro-choir, it would have meant losing many seats in the Lady Chapel which is a busy working parish church and Ecumenical chapel. The decision was taken to use the Chapel of Our Lady of the Four Tapers; close to Alban but separate enough to provide an area of calm and prayer. At this point Covid19 turned up. The shrine had been dismantled and was at the restoration workshop. Five tons of replacement stone had arrived and was shipped to the Master Carvers’ home workshops, and everyone crossed their fingers! 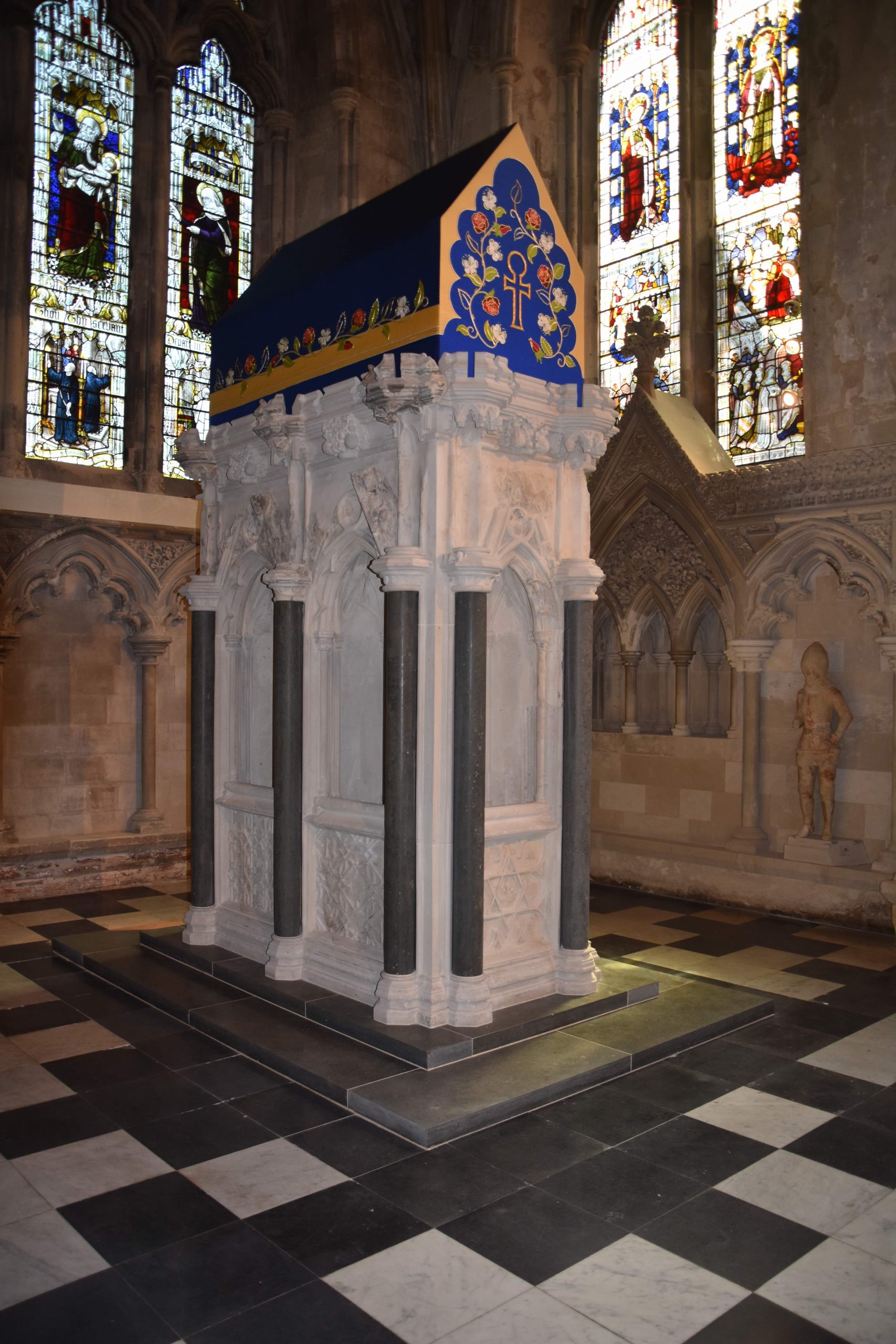 Because traditional hand carving methods were used throughout and by being compliant with the regulations which finally allowed our two restorers to work in isolation on site, the restored shrine grew slowly behind hoardings in the cathedral. In January 2021 the hoarding came down to reveal the full glory of the restored shrine, testament to the skill of the restorers and carvers but a true tribute to the man, without whom there would be no St Alban.